Support your health today with Collagen! Click Here! www.healthwithrick.com This is a trusted source ^^^^💪💪

It was exactly three years ago today, January 20, 2017, that I was sworn into office. So appropriate that today is also MLK jr DAY. African-American Unemployment is the LOWEST in the history of our Country, by far. Also, best Poverty, Youth, and Employment numbers, ever. Great!

"A well regulated Militia, being necessary to the security of a free State, the right of the people to keep and bear Arms, shall not be infringed." pic.twitter.com/65jUaO7Cpo

I will NEVER allow our great Second Amendment to go unprotected, not even a little bit!

Don’t Tell Me My Guns Are Not For Domestic Use When Police Forces Look Like Seal Team 6 // CITIZENS FACE THE SAME THREATS AS POLICE!!!

Wow imagine that! All those armed citizens. Not one person was shot or hurt at today's rally in Virginia. It's not Guns that kill people, it's the heart of man that kills! More are killed by drunk drivers than guns. Are we going to confiscate cars? Go back to Prohibition? … – https://t.co/DZUFb20u7f

Whites, blacks, gays, trans…. people of all different creeds, colors, and backgrounds are in Virginia today standing up for their freedoms.

Sign at the VA Rally today said: “Statistically I’m more likely to be killed by Hillary than an AR-15.”

VA Rally was a COMPLETE SUCCESS

I encourage universities to open up their campuses to the homeless. Plenty of open space for tents. It would be the right thing to do. Show us how compassionate they are.

Now Mini Mike Bloomberg is critical of Jack Wilson, who saved perhaps hundreds of people in a Church because he was carrying a gun, and knew how to use it. Jack quickly killed the shooter, who was beginning a rampage. Mini is against the 2nd A. His ads are Fake, just like him! 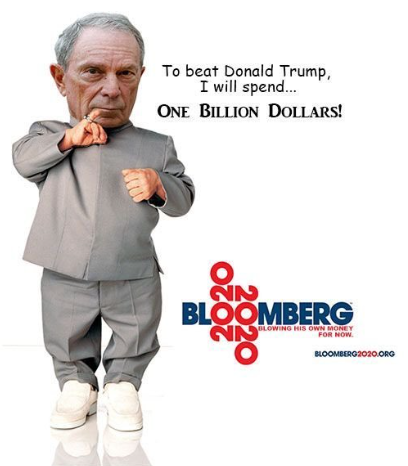 It was exactly three years ago today, January 20, 2017, that I was sworn into office. So appropriate that today is also MLK jr DAY. African-American Unemployment is the LOWEST in the history of our Country, by far. Also, best Poverty, Youth, and Employment numbers, ever. Great!

If you listened to the flawed advice of @paulkrugman at the @nytimes, a newspaper that was going broke until I came along, you would have entirely missed the RECORD BREAKING Stock Market (and other) numbers produced since Election Day, 2016. Sorry, those are the FACTS…..