Nigel Farage on Brexit: A new sense of optimism is emerging in UK – WE ARE FREE OF THE EU

@realDonaldTrump wins in his sleep

The Left is having a meltdown& tweeting #RIPGOP

RT if you’re happy with the Senates decision

My buddy yelled "Q Sent Me"…..look what POTUS does with his hand in the air 😈 #MAGA #Qanon pic.twitter.com/xDQhVbPyMY 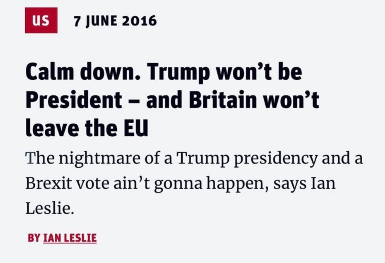 Atty Gen Barr says human trafficking is "modern day slavery." Says the issue is "a top priority of the whole Administration." Pledges that the @TheJusticeDept "will do all in its power to bring human traffickers to justice." pic.twitter.com/afmsrJhkmn

When it’s all said and done, Admiral Mike Rogers may go down as this nation’s greatest patriot!

Ralph Rieckermann, the former bassist for The Scorpions admits he has attended elite killing parties where people are murdered for the entertainment of the wealthy guests for 100k

Illuminati does NOT mean “enlightened” ones, it means Those without Light

UK Should Now Deport All Their Quota Immigrants and Get Their Guns Back.

Yet they blame Trump—who’s been in office for 1 term for our problems?

What exactly is this?

BREAKING: The "extreme conservative" and Junior Senator from the great state of Utah, @SenatorRomney is formally NOT invited to #CPAC2020. pic.twitter.com/f35tYy73V1