People are waking up to the evil of Bill Gates so the Cabal seems to be throwing him under the bus!

Could Gates finances be used for the Lord as Kim Clement prophesized?

We dig into how the MSM is allowing Bill’s reputation to be damaged, maybe to start distancing them from the evil of the vaccine development under Bill’s foundations.

Rick shows some more America Last events happening, but more and more people waking up and Patriots worldwide becoming bold and fighting back the evil!

Then Rick reads Amanda Grace’s latest “Word from the Lord” that confirms the Lord is giving his remnant boldness in this time!

Lastly, we read Psalm 91 which God quoted partially in His Word to Amanda!

Gates now a liability as people wake up to the evil?? pic.twitter.com/PG1rCrKp1y 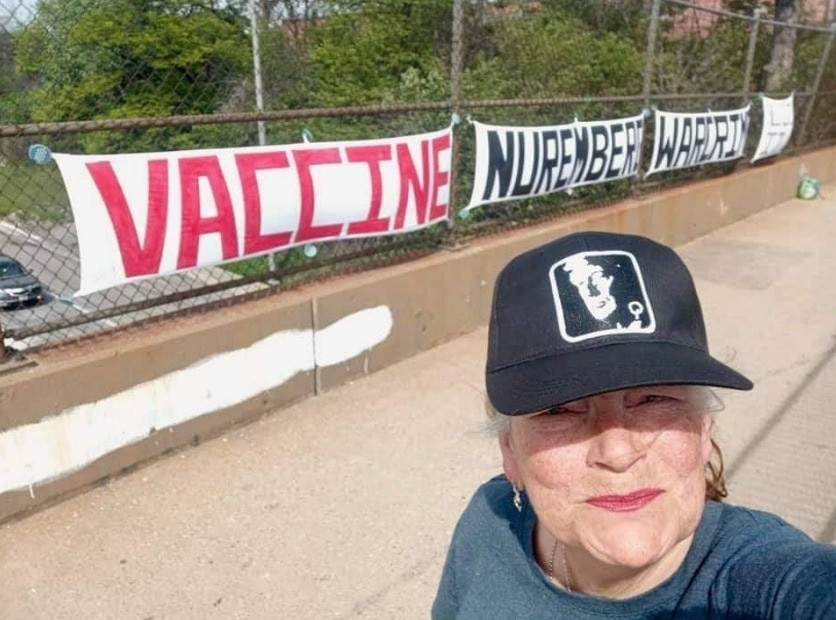 Church of God Dropping Truth Bombs.
Try not to sing along. It's a catchy tune. More catchy than covid. #MyBodyMyChoice #NoJab pic.twitter.com/hWMM3hdLwM

“It is exactly a political investigation in search of a crime, a thing that’s fundamentally wrong, that’s supposed to be antithetical in our society — with an incredibly biased AG into the bargain.” https://t.co/ACJg7Wfy2I

Labeling American Patriots “spies” while completely ignoring that a congressman was sleeping with a Chinese spy speaks volumes.

“There’s a big reason why lockdowns were never recommended in prior pandemics,” said Dr. Scott Atlas.#Lockdowns have had devastating effects on much of society and failed to protect the most vulnerable, according to the former WH #COVID19 advisor. https://t.co/wXoQPkKlrV

On Aug. 15, licensed gun owners in South Carolina will be able carry their #guns out in the open when they’re in public.

Concealable weapons defined as guns shorter than 12 inches can be carried in plain sight once gun owners have completed training and a background check. pic.twitter.com/RI1yinuhcw

The fact that Lego is announcing a set of toys to try to normalize the LGBTQIA lifestyle to children is absolutely sickening from a moral standpoint.

Parents, we have to do better. We cannot keep supporting these companies that literally are now targeting children with toys..

Amanda Word from the Lord

April 4, 2007
“This that shall take place shall be the most unusual thing,6 a transfiguration, a going into the marketplace, if you wish, into the news media, where Time Magazine will have no choice but to say what I want them to say.7 Newsweek, what I want them to say. The View, what I want them to say. Trump shall become a trumpet,8 says the Lord. Trump shall become a trumpet. I will raise up the Trump to become a trumpet, and Bill Gates to open up the gate of a financial realm for the church,9 says the Lord….
For God said, “I will not forget 9/11. I will not forget what took place that day, and I will not forget the gatekeeper that watched over New York,10 who will once again stand and watch over this nation,” says the Spirit of God. “It shall come to pass that the man that I shall place in the highest office shall go in whispering My name. But God said, when he enters into the office, he will be shouting out by the power of the Spirit. For I shall fill Him with My Spirit when he goes into office, and there will be a praying man in the highest seat in your land.11

Psalm 91
My Refuge and My Fortress
91 He who dwells in the shelter of the Most High
will abide in the shadow of the Almighty.
2 I will say[a] to the Lord, “My refuge and my fortress,
my God, in whom I trust.”
3 For he will deliver you from the snare of the fowler
and from the deadly pestilence.
4 He will cover you with his pinions,
and under his wings you will find refuge;
his faithfulness is a shield and buckler.
5 You will not fear the terror of the night,
nor the arrow that flies by day,
6 nor the pestilence that stalks in darkness,
nor the destruction that wastes at noonday.
7 A thousand may fall at your side,
ten thousand at your right hand,
but it will not come near you.
8 You will only look with your eyes
and see the recompense of the wicked.
9 Because you have made the Lord your dwelling place—
the Most High, who is my refuge[b]—
10 no evil shall be allowed to befall you,
no plague come near your tent.
11 For he will command his angels concerning you
to guard you in all your ways.
12 On their hands they will bear you up,
lest you strike your foot against a stone.
13 You will tread on the lion and the adder;
the young lion and the serpent you will trample underfoot.
14 “Because he holds fast to me in love, I will deliver him;
I will protect him, because he knows my name.
15 When he calls to me, I will answer him;
I will be with him in trouble;
I will rescue him and honor him.
16 With long life I will satisfy him
and show him my salvation.”