AMEN! Trump’s Spiritual Advisor Opens Rally with Prayer: “A Demonic Network Has Been United Against Trump” Let It be Broken in the Name of Jesus

AMEN! Trump’s Spiritual Advisor Opens Rally with Prayer: “A Demonic Network Has Been United Against Trump” Let It be Broken in the Name of Jesus

A jury has found Keith Raniere guilty on all counts https://t.co/jRWUYJ0b8y

They're gonna be peeling that onion that was the NXIVM sex cult for years.

They're only STARTING with the people at the center of it.

Of course, the MSM is doing it's best to downplay/ignore this case. 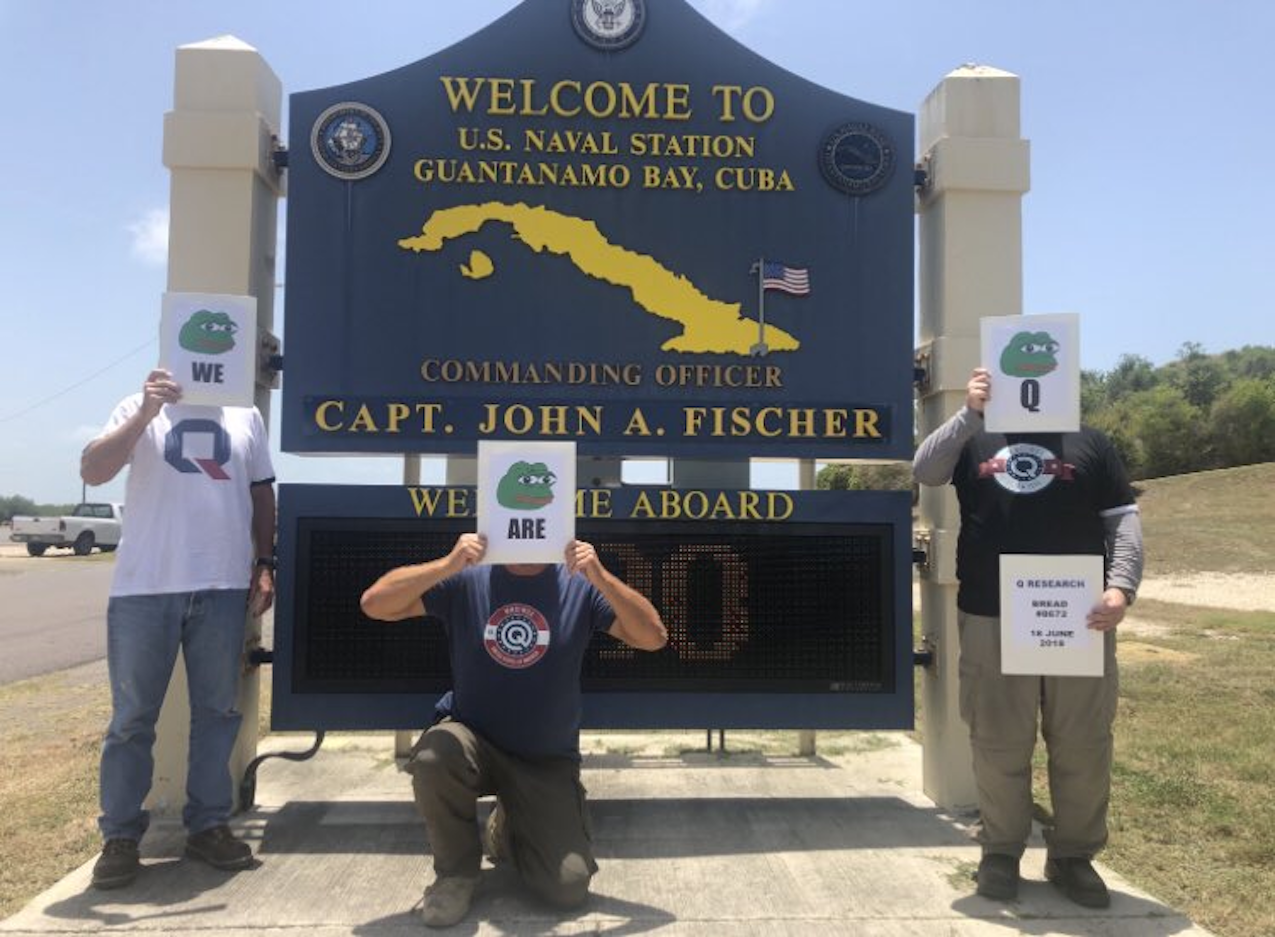 Congressman Devin Nunes: “all agencies are cooperating with information about Joseph Mifsud, except the FBI.” Fascinating that the FBI would not want to dislocate to Congress and Barr all of Mifsud’s “connections to the Russians.” The guy at the epicenter of the witch-hunt!

Since Election Day 2016, Stocks up almost 50%, Stocks gained 9.2 Trillion Dollars in value, and more than 5,000,000 new jobs added to the Economy. @LouDobbs If our opponent had won, there would have been a market crash, plain and simple! @TuckerCarlson @seanhannity @IngrahamAngle

So sad that the Democrats are putting wonderful Hope Hicks through hell, for 3 years now, after total exoneration by Robert Mueller & the Mueller Report. They were unhappy with result so they want a Do Over. Very unfair & costly to her. Will it ever end? Why aren’t they…….

My testimony against your buddy Alexander Downer just launched an unprecedented investigation into you, your team, and the global cabal. Sit tight and enjoy the show coming.

Congress has done nothing except obstruct & investigate the President

And they're the ones asking for a raise?

If I were President, the punishment for burning the U.S flag would be the renunciation of citizenship.
No jail time, no fine— simply one year to liquidate your assets and get the hell out of our country.

In exchange, we’d extend citizenship to a hardworking LEGAL immigrant.

Much code on Trump in UK, note at the dinner speech that the queen said Trump was of Scottland (meaning he is part of the empire).  His reply was that we are a sovereign country.

Also note that she is to his left her chair as the queen is behind her BUT the chair of the King is behind Trump!

Also note Melania on the Red Carpet with the Red dress meaning the Red Carpet is out for HER THE QUEEN.  Also note that the military behind are U.S. Marines not British Military, meaning that our military is in charge.  Also when Trump inspects the troops in front of the palace he does so alone, meaning HE is in charge of that military as well.  Finally, he was signing document in West Minister Abbey taking charge of the Vatican.

This all means that NOW WE THE U.S. ARE IN CHARGE OF THE EMPIRE OF ROME (the 3 city state of the world rule)!!!

The Spirit of God says, “The Clintons, the Clintons, your time has come to an end, for you both are being omitted for the Crimes you have committed. Hillary’s is no great secret and they will be her downfall, but Bill’s will be exposed one after the other and it will be a windfall. For this time, you will not escape prosecution and restitution for the rape and prostitution. You thought no one saw, but the Lord see it all, and now this will be your downfall.”

The Spirit of God says, “Beware, beware, the enemy roams about seeking whom he can devour and this sitting President is doing just that in this hour. He’s full of lies and deceit and is very hateful; he spreads division and corruption with every mouthful. Beware when he says, “Look over here what the right hand is doing’, to divert your attention from what the left hand is doing, is his intention. This is a setup from this President and his minions, from the hate, the division, and Hillary Clinton. Why can no one see this? For the signs are clear to see, that this President and his minions shall try for three. A sign will be, he will try and take the guns so the people can’t rise up and stop him when he tries to run. He will not succeed for this is the peoples right, but make no mistake it will be a fight.”

The Spirit of God says, “My Army, My Army, rise up and take to the fight, and I will stop this that has already taken flight. For this is a war over America and not to be taken lightly. You will have to fight, but America will shine brightly. Take the fight to the enemy and you will be victorious for all to see, and America will be loved once again, even by some that used to be her enemies. My Army, continue to war, pray and fight with a shout, and I will remove this President that has become a louse!  Then you will see the man I have chosen, Donald Trump, when he takes back MY WHITE HOUSE.

So do not fear, for I am with you;

do not be dismayed, for I am your God.

I will strengthen you and help you;

I will uphold you with my righteous right hand.