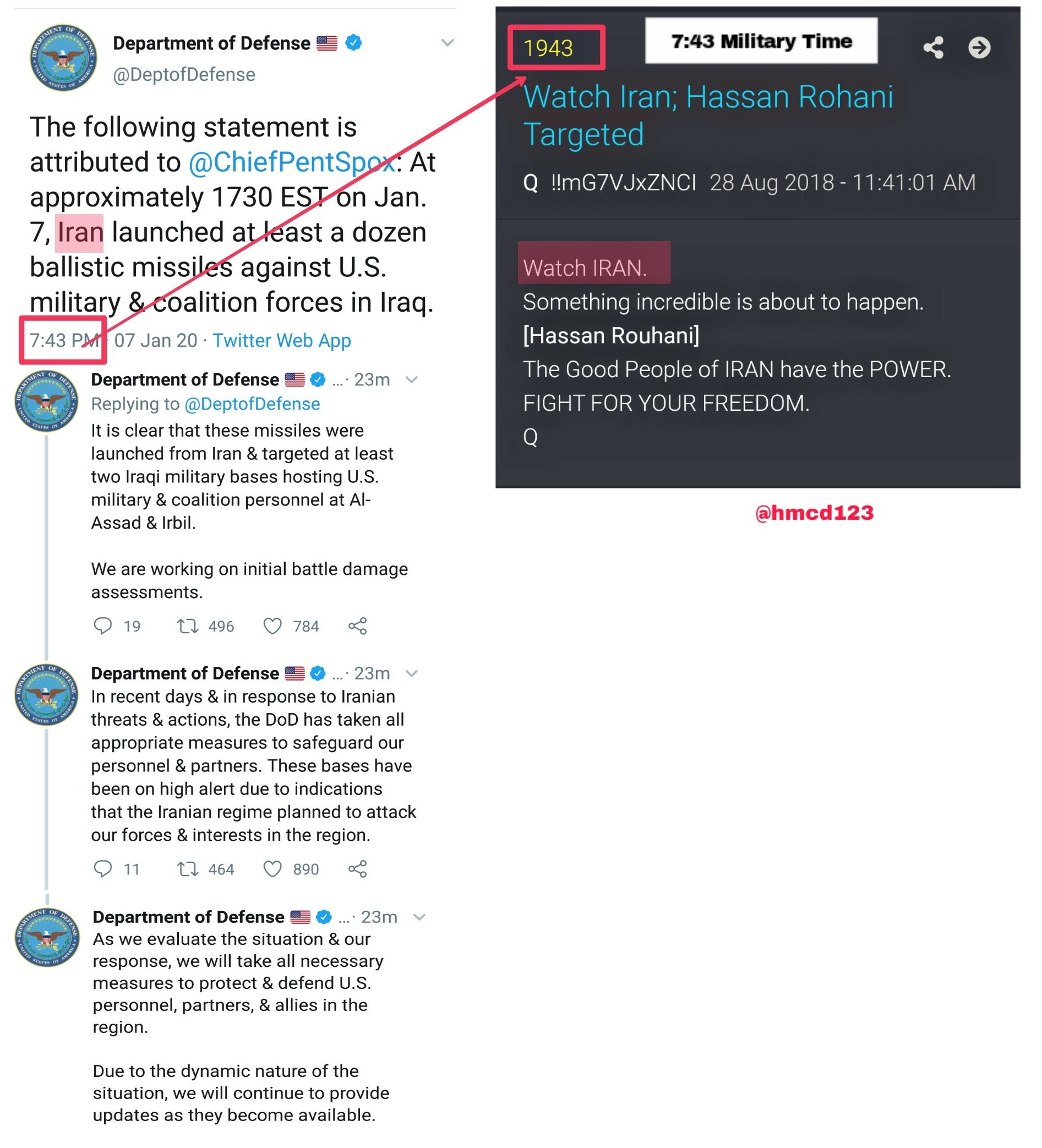 Iran: It’s Being Teed Up for a Historic Peace Agreement

POTUS allowed Iran to ineffectively launch missiles at US bases directly funded by the prior administration. Brilliant. I can’t think of a more treasonous crime for Hussein and Co.

Trump Goes There: ‘The Missiles Fired Last Night at Us Were Paid For by the Funds Given to Iran by the Obama Administration’ (VIDEO)

Trump today formally blames Obama Administration for funding Iranian sponsored terror in the region by sending $1.7B to them.

For all the Normies to understand. Feel free to correct anything that’s wrong.

Theory: Trump/Iran beat war drums, made the Deep State people flee in the Ukrainian airliner. Fish in a barrell.

Sitting here, sipping my latte and dipping my toes in the pool, it doesn’t feel like World War 3. What happened to all those breathless media warnings? Did I miss something? Has World War 3 started without my knowing about it?

Ho-ley Sh*t! Ukranian Whistleblower Reveals MH-17 Tragedy Was Orchestrated By Poroshenko And British Secret Service. What are the Odds of this News Landing Now?

Jussie Smollett investigation: Judge orders Google to turn over a full year of the actor’s data as part of special prosecutor probehttps://t.co/ojJSxP9HFg

We got a one year delta folks!
Off by 2 days!https://t.co/ZAJZyaPy4K📁
Imagine that.
What a coincidence.
Qhttps://t.co/9i17B6mrsY

The Spirit of God says, “How do you capture a country? You capture its energy. For too long, you evil globalists have controlled the energy and it stops now! lt shall be exposed in one country after another who has been manipulating and controlling my earth through oil and energy. You evil globalists think you control the oil? Hah! I laugh at my enemies. The oil is not yours but mine and I the Lord God control it. I will release it to my righteous nations, and I will cut it off from wicked ones, for I the Lord God own all the silver and gold including black gold.”

The Spirit of God says, “The sign has been given that the energy boom is here now. This energy explosion will be the biggest in the history of my America and my Israel. New oil and energy will be discovered and released in the natural and will be a sign that new oil is being released in the spiritual over America and Israel. Other countries’ economies will be affected. Russia and China will be put in their place, your militaries shall be affected by this. Your planes will be seen sitting on the tarmac unable to fly for lack of parts. You will no longer be considered a threat or a superpower. When America announces she is energy independent, these things shall take place. The national debt will be dealt a death blow from what I am releasing in the natural and the spiritual. New energy, new energy is here now, and these new discoveries will confound the wise, for it is those that think they are wise that have held all this energy captive, but no more, for l the Lord God am unleashing it now.”