Is the Great Reset Satan’s Timeline? Listen to discover the truth.

Q Drops during the show and we learn more detail about Satan’s timeline and how we can pray to assure we stay on God’s timeline.

We read a Mark Taylor prophesy on “purging the temple!”

Discover what the Bible says on how God will make our paths straight!

Are you ready to take back control of this Country?

Are you ready to finish what we started?
‘Nothing can stop what is coming’ is not just a catch-phrase. 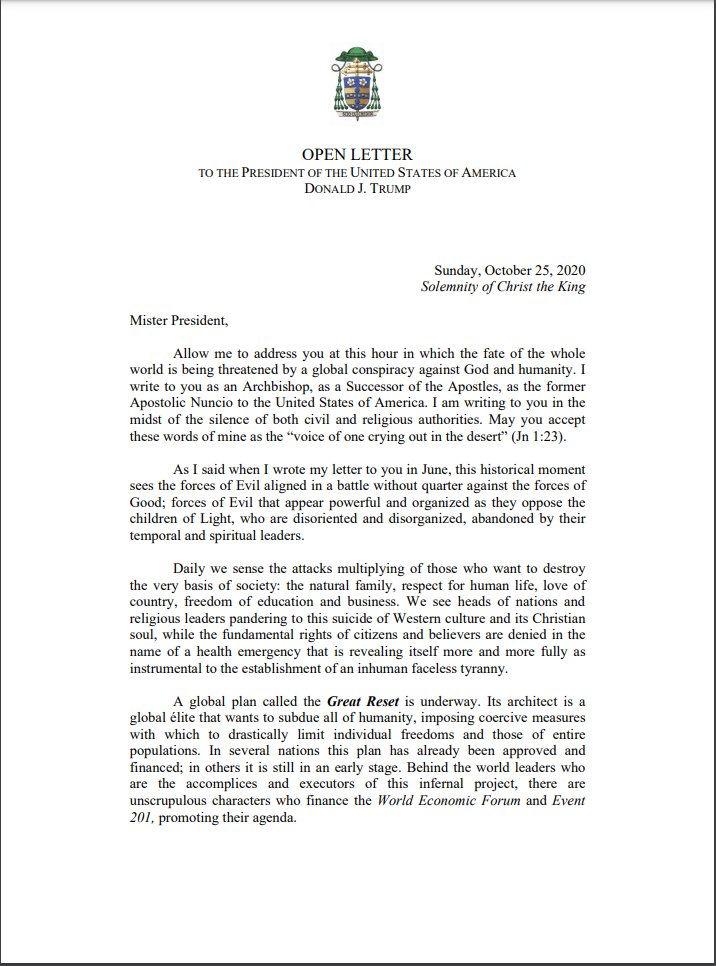 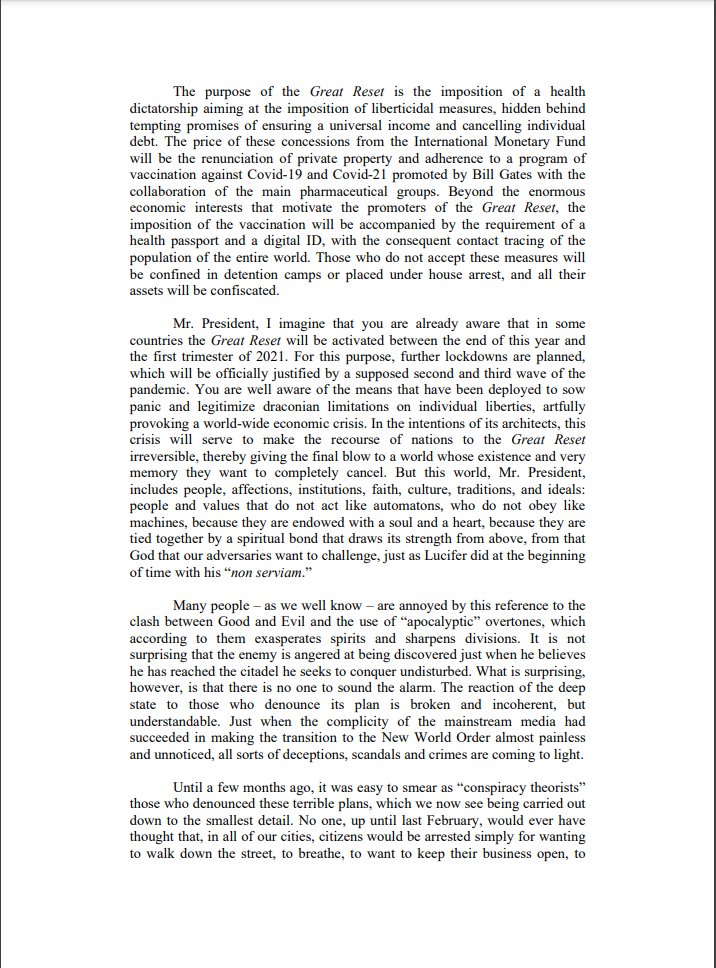 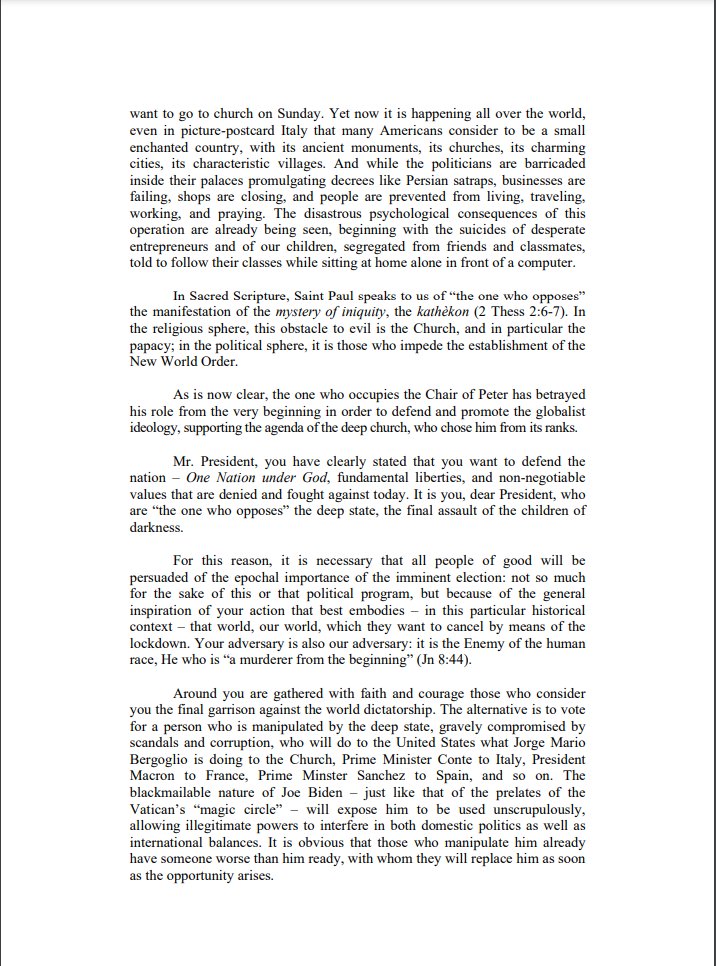 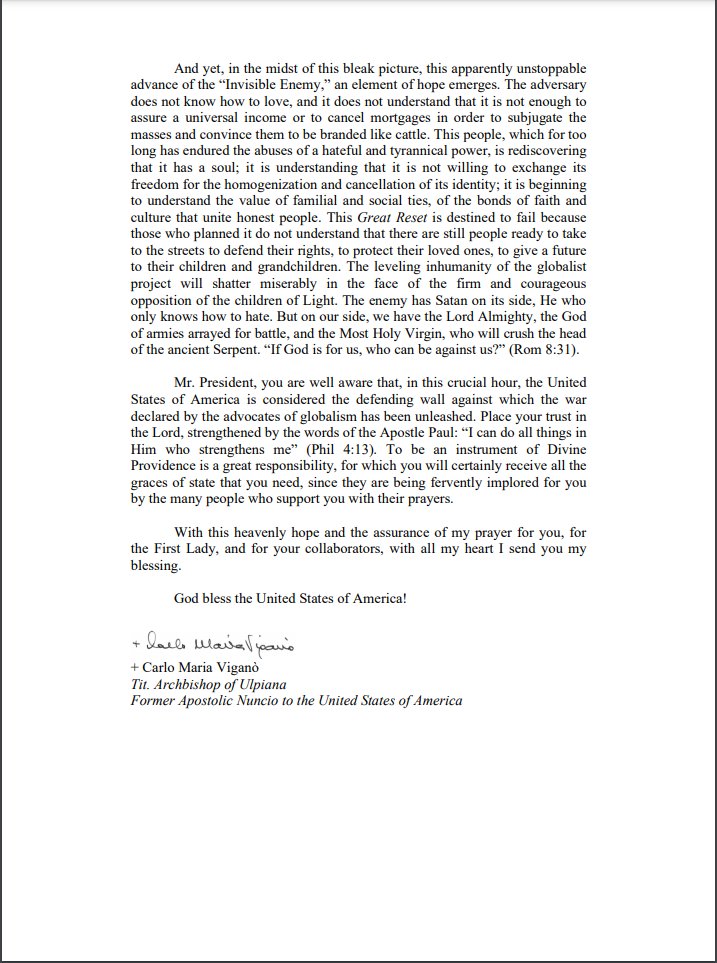 The Trump rallies are no longer just about DJT speaking, its about us, the people, the citizens, the voters. Its about the people standing together defending DJT. We’ve got your back Mr. President.

No one is going to give you freedom.
It must be fought for every single day.#FightBack https://t.co/VRXhWUpEFO

The Trump rallies are no longer just about DJT speaking, its about us, the people, the citizens, the voters. Its about the people standing together defending DJT. We’ve got your back Mr. President.

Imagine being POTUS and having to endure the lies and character assassination from a Cabal of Satanic Pedophiles in order to save the World… It’s all about to Pay Off. God Bless the President

How is it, Biden the criminal, absolute gaff machine, babbling idiot, 45 year politician, traitor and sell out has even 1% voting for him baffles me. This country needs help.

It should not be up to corporate bureaucrats to determine what security information the American public receives. https://t.co/9WzHcn4HLn pic.twitter.com/4lHJW5vEpZ

Warning to patriots on Twitter: even mentioning GNEWS.org in any format will lead to 12 h ban on the platform.

What if “The Plan” was figured out over many years using Project Looking Glass, entering different strategies, and watching each outcome to ensure a safe, successful plan. “You are watching a movie.”

Pollster Who Correctly Predicted Trump's Election Win in 2016 Says Trump Is Looking Good for a Repeat in 2020 (VIDEO) via @gatewaypundit https://t.co/2OaeCJwIy7

President Trump made a presidential proclamation this week to honor American citizens who have been killed by illegal aliens. https://t.co/Nw7vbpcYpW

The line to get inside @realdonaldtrump’s Reading, Penssylvania rally is miles long!

Supporters line the streets for President @realDonaldTrump upon our landing in PENNSYLVANIA‼️ pic.twitter.com/Ag97nOt6dE

Folks, This is the Real Poll!pic.twitter.com/8PFI997Q9K

This is just awesome!!!!! @realDonaldTrump @Mike_Pence

Trump humbles himself before the Lord!

"Who is more famous than you?"#JesusChrist

I’m in leftist CT, Greg. I can tell you there is a ton of silent support for POTUS! I spoke with a good friends who owns a marina on the lake, he said his kids get much bigger tips when they wear their Trump gear while pumping gas at the boat docks. Here’s our boat! 🇺🇸🚤👏👍🇺🇸 pic.twitter.com/Je7d3hdNdk

The Spirit of God says, “The 501c3, the 501c3, those that are eating of it are not eating from my tree! For when I told Adam and Eve do not eat from the Tree of the Knowledge of Good and Evil for you shall surely see, so it is with those that eat from the 501c3. For this demonic document that you have signed has now made you spiritually deaf, mute, and blind. Woe to those who continue to use this demonic system for you will be exposed and purged from this evil cistern.”

The Spirit of God says, “Can you not see that you are taking a bribe? They will say it’s all about the money, and for that you shall be kicked from my tribe! Taking a bite from that apple has taken you from a spiritual body to a brick and mortar, and has placed you under the New World Order. For how can you be a part of my spiritual body when you have cut off my head? For those that don’t turn will surely fall as dead. Tear up the contract, repent, divorce Baal, and re-marry me, and l will remove the spiritual blindness so you can once again see. Come out of this! Come out of this before it’s too late, for my

judgments are on those systems that I hate. Come out now for I will no longer tolerate!”

Trust in the LORD with all your heart and lean not on your  own understanding; in all your ways submit to him, and he will make your paths straight.