Evidence is mounting that the “white hats” have been preparing for this sting operation for years.

Did the Cabal take the bait? Watch and see. 

Time to take action as a Patriot. We discover that the fraud is extensive and it’s time to fight.

A Mark Taylor prophesy from 2015 encourages the Army of God to Stand up!

We also review a verse that says, “Do not fear!” Why? Because “I am your God.” Will he strengthen you and uphold you? Watch to find out!

The widespread election fraud perpetrated by the Democrats, MSM and DS operatives everywhere will be revealed in court. Trump had a landslide victory in almost all states.

The Heat of the Battle is hear! You are finding out who the true warriors of God are right now. Those that are being negative are serving the enemy! Repent! Then get back in the fight! We are at War! We have no time or place for that! Speak LIFE! Decree what God has told us! …-

Don’t fall victim to the media. They’re trying to make this seem hopeless. Why, after 4 years of FAKE NEWS, would you listen to them now?

They are attempting to demoralize you.

PUT ON YOUR MAGA HAT IT’S TIME TO DEFEND THE PRESIDENT OF THE UNITED STATES pic.twitter.com/9MfZaxsJ4b

All news stations including Fox just called it for Biden! They’ve sealed their fate!

There is no way that Biden, who addressed almost as many cars as voters, could get more legal votes than the greatest President ever! #MAGA @realDonaldTrump #AmericaFirst #Dobbs https://t.co/ccWNTZ3aG0 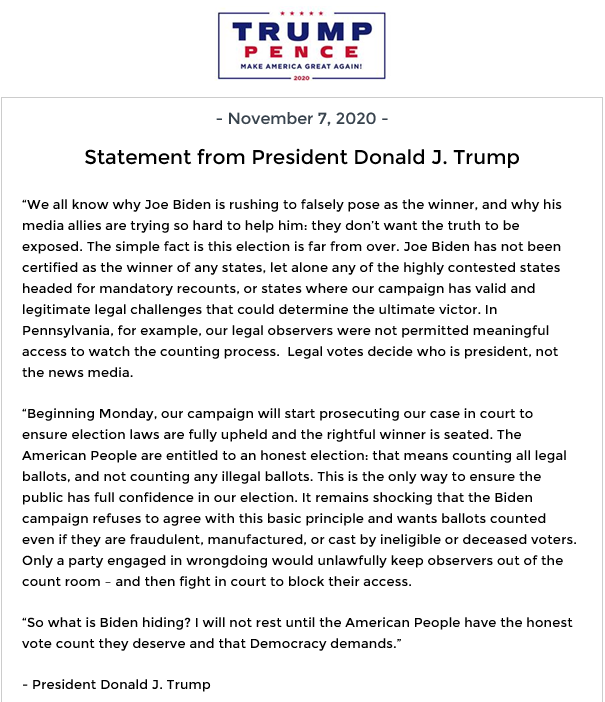 ONLY THE UNITED STATES ELECTORAL COLLEGE CERTIFIES THE VOTES AND NOT THE ((MEDIA)))!

There is Undeniable Mathematical Evidence the Election is Being Stolen

Lol to the media clowns 🤡 and their “time to move on bullshit.” You can take that and ram it where the sun don’t shine.
You’re the same jokers who swore that the pee-pee hoax was the reason to obstruct an orderly transition last time. So you can GO SIT DOWN NOW. Thanks.

Greg Hunter: “They shot at the king.. and they missed! .. Red Wave was so big it swamped the cheating. They had to step back for plan B.” [ie manufactured even more fake ballots. But they got sloppy!]

70 million pissed off republicans and not one city burned to the ground.

DONALD J TRUMP IS THE PRESIDENT

The media spent five years falsely calling Trump a racist and a misogynist and yet he increased his support with women and every minority group. Trump’s GOP is a massive tent of working Americans. https://t.co/6ijpGfzCr3

They thought you would follow Fox news and give up on POTUS once “fair and balanced conservative news” called Biden. This is a prefect example of “Gatekeeper” or Controlled Opposition.

There is a legitimate legal battle ensuing across America. Get involved where you can, pray all you can & know the MEDIA is NOT responsible for deciding our elections. We The People are by our great constitution. Let it lead us to a legitimate outcome and not the MainStreamMedia! https://t.co/b6hXE5vQYs

100,000 Provisional Ballots May Swing Pennsylvania Election Back to Trump Despite MASSIVE FRAUD by the Left

How many States can vote straight ticket Dem or Rep? 70 million voted for Biden and the Reps did not lose one Senate seat and won some house seats. C’mon Man!

“Let us not become weary in doing good, for at the proper time we will reap a harvest if we do not give up.”

Why would anyone think that Fox Network is conservative? Look at their entertainment side. Pure degenerate leftist filth..

I can’t keep the smile off of my face. I have not smiled this much and this frequently in a long time. My face actually hurts.

BREAKING: Justice Alito Orders Any Ballots Received After 8pm on Election Day in Pennsylvania be Segregated and Secured – Counted Separately

The Spirit of God says, “The Clintons, the Clintons, your time has come to an end, for you both are being omitted for the Crimes you have committed. Hillary’s is no great secret and they will be her downfall, but Bill’s will be exposed one after the other and it will be a windfall. For this time, you will not escape prosecution and restitution for the rape and prostitution. You thought no one saw, but the Lord see it all, and now this will be your downfall.”

The Spirit of God says, “Beware, beware, the enemy roams about seeking whom he can devour and this sitting President is doing just that in this hour. He’s full of lies and deceit and is very hateful; he spreads division and corruption with every mouthful. Beware when he says, “Look over here what the right hand is doing’, to divert your attention from what the left hand is doing, is his intention. This is a setup from this President and his minions, from the hate, the division, and Hillary Clinton. Why can no one see this? For the signs are clear to see, that this President and his minions shall try for three. A sign will be, he will try and take the guns so the people can’t rise up and stop him when he tries to run. He will not succeed for this is the peoples right, but make no mistake it will be a fight.”

The Spirit of God says, “My Army, My Army, rise up and take to the fight, and I will stop this that has already taken flight. For this is a war over America and not to be taken lightly. You will have to fight, but America will shine brightly. Take the fight to the enemy and you will be victorious for all to see, and America will be loved once again, even by some that used to be her enemies. My Army, continue to war, pray and fight with a shout, and I will remove this President that has become a louse!  Then you will see the man I have chosen, Donald Trump, when he takes back MY WHITE HOUSE.

So do not fear, for I am with you;

do not be dismayed, for I am your God.

I will strengthen you and help you;

I will uphold you with my righteous right hand.

if my people, who are called by my name, will humble themselves and pray and seek my face and turn from their wicked ways, then I will hear from heaven, and I will forgive their sin and will heal their land. 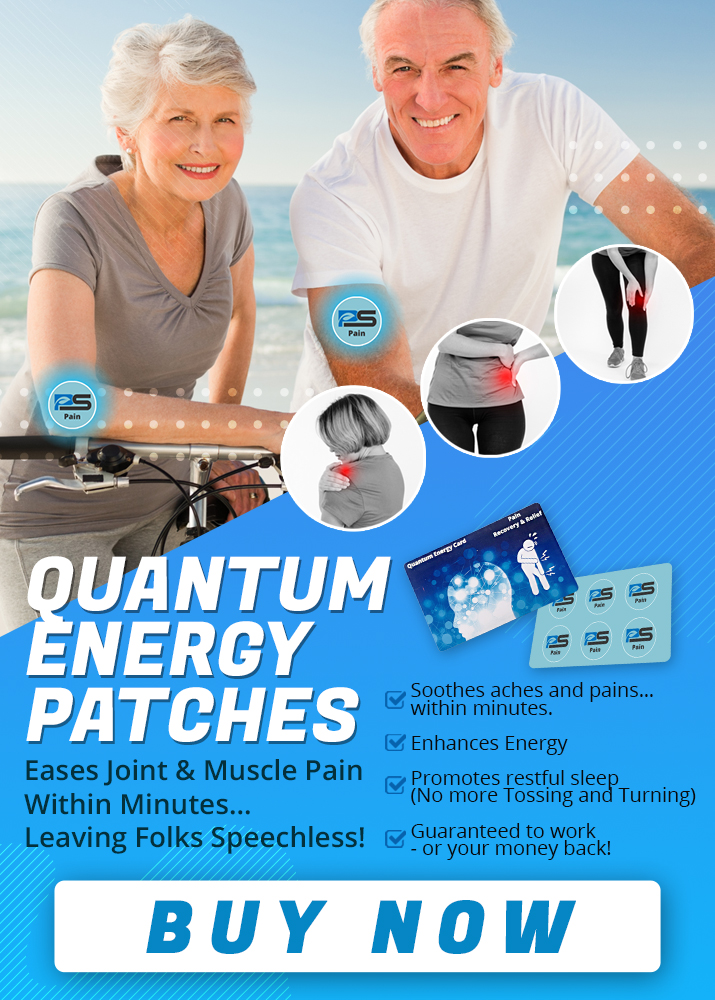