Are you proud of Trump?  Get this limited addition coin.  Use Coupon Code “Blessed” for $5 off each Trump coin and “Blessed 2 Teach 30” for $30 off a combo of Coin and 10 Oz Silver Bar:  Order here

Water with Rick – Clean drinking water. You can’t survive without it for more than 3 days. How do you know yours is pure?

Image 9 SB2 Decode: The real James Comey, his sleeper cells and the truth about Baghdadi and Bin Laden.

1. Who is the TRAITOR in the White House?
[THREAD]
Who is the Traitor who has been conspiring all along against President Trump, and still conspiring?

and what is worrying, is that this TRAITOR is still in charge today…
. pic.twitter.com/dYVKzZLKIC 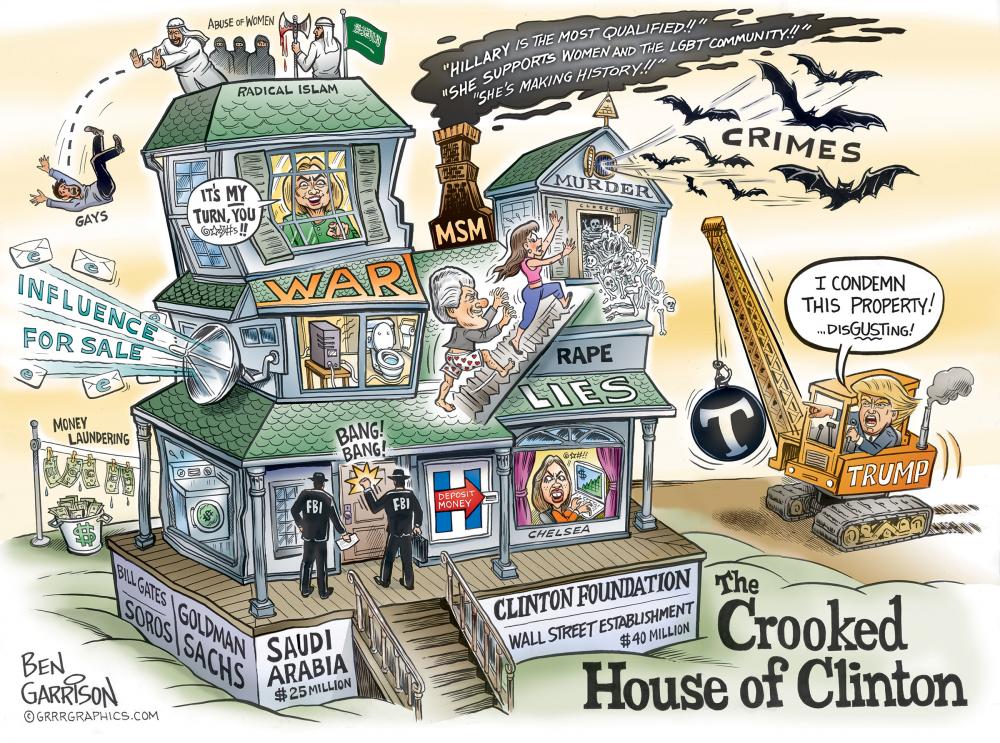 POTUS tweet saying that Mueller should not testify before Congress

🗣️: "So you're confident he's really going to go after the other side…"

Jd: "Oh God yeah…When he was announced, there were shudders at the FBI and DOJ, because the career people know you can't fool Bill. He knows where ever body's buried…" pic.twitter.com/lJpdwVxGls

It's interesting how @twitter and @facebook both seem more concerned with silencing non-violent people who hold political opinions they disagree with, than violent terrorist organizations and the people that support them.

Texas Senate passes bill to outlaw Social Media censoring. The link is a PDF file of the law.

For the choir director: A psalm[a] of David, regarding the time the Philistines seized him in Gath. To be sung to the tune “Dove on Distant Oaks.”

1 O God, have mercy on me,
for people are hounding me.
My foes attack me all day long.
2 I am constantly hounded by those who slander me,
and many are boldly attacking me.
3 But when I am afraid,
I will put my trust in you.
4 I praise God for what he has promised.
I trust in God, so why should I be afraid?
What can mere mortals do to me?

5 They are always twisting what I say;
they spend their days plotting to harm me.
6 They come together to spy on me—
watching my every step, eager to kill me.
7 Don’t let them get away with their wickedness;
in your anger, O God, bring them down.

22After this, Jesus and his disciples went out into the Judean countryside, where he spent some time with them, and baptized. 23Now John also was baptizing at Aenon near Salim, because there was plenty of water, and people were coming and being baptized. 24(This was before John was put in prison.) 25An argument developed between some of John’s disciples and a certain Jew over the matter of ceremonial washing. 26They came to John and said to him, “Rabbi, that man who was with you on the other side of the Jordan—the one you testified about—look, he is baptizing, and everyone is going to him.”
27To this John replied, “A person can receive only what is given them from heaven. 28You yourselves can testify that I said, ‘I am not the Messiah but am sent ahead of him.’ 29The bride belongs to the bridegroom. The friend who attends the bridegroom waits and listens for him, and is full of joy when he hears the bridegroom’s voice. That joy is mine, and it is now complete. 30He must become greater; I must become less.”3:30 Some interpreters end the quotation with verse 36.
31The one who comes from above is above all; the one who is from the earth belongs to the earth, and speaks as one from the earth. The one who comes from heaven is above all. 32He testifies to what he has seen and heard, but no one accepts his testimony. 33Whoever has accepted it has certified that God is truthful. 34For the one whom God has sent speaks the words of God, for God3:34 Greek he gives the Spirit without limit. 35The Father loves the Son and has placed everything in his hands. 36Whoever believes in the Son has eternal life, but whoever rejects the Son will not see life, for God’s wrath remains on them.