In this episode, Rick reviews nearly 20 new Qanon drops, including a drop that links to the declassification of a previously Top-Secret report on Snowden and the damage he did to America far beyond the narrative of exposing NSA spying on citizens.

Q also shows us we are just starting week 3 of a 10-week declassification rollout. This next week will me reveal declassification of the CLAS 1-99 material that maps back to the Obama’s administration’s first 8 years of the 16-year plan to destroy America.

We also are pointed to several interviews of Trump by Maria Bartiromo that exposes #ObamaGate and the Wuhan Labs in China. Lastly, Q links to over 10 world-wide Q tweets about WWG1WGA!

How fast does this pandemic end if you could start feeling better in as soon as 5 hours??? pic.twitter.com/LOcbznwV7X 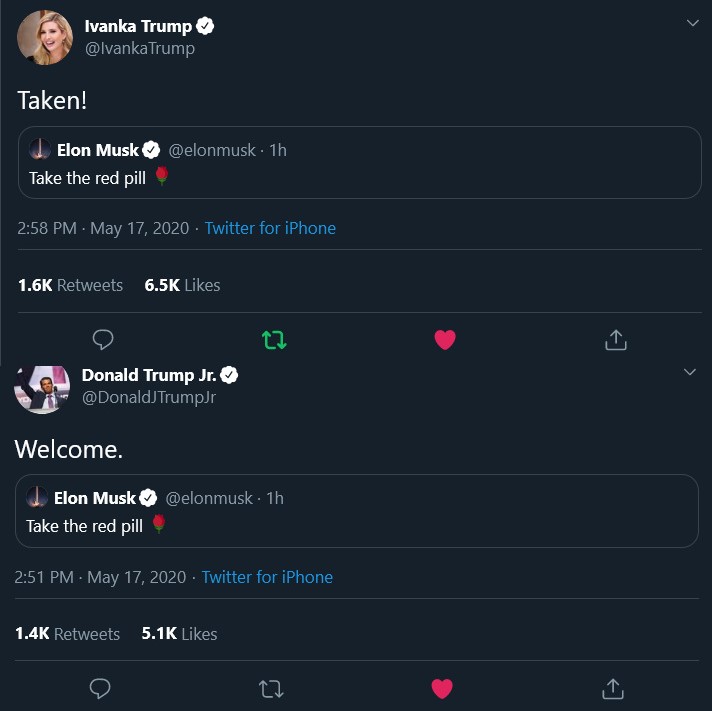 .@realDonaldTrump Trump: Unmasking of Flynn is greatest political scam in history of US https://t.co/N6PL8zhBDf @FoxNews @SundayFutures

Trump: We have a lot of information on Wuhan lab and it’s not good https://t.co/M9wopVaS11 @SundayFutures @FoxNews @realDonaldTrump

The lockdown is ending because the American people say it’s ending. No further explanation from government is necessary. Thanks. 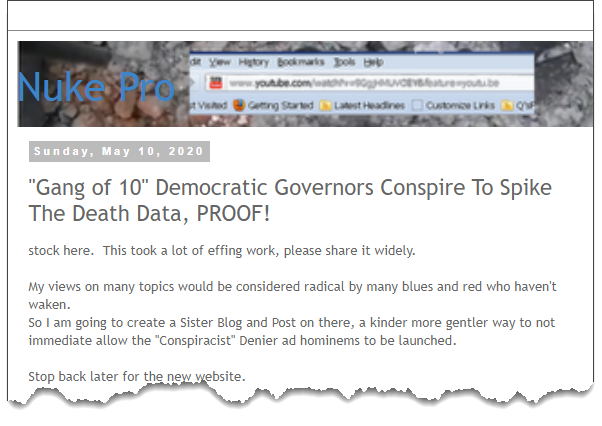 The party of ‘my body, my choice’, are now pro-vax and forced government intervention. Literal puppets of any propaganda they’re told is good for them. NOT a free thinking group.

These are questions folks need to be asking themselves

1Then Agrippa said to Paul, “You have permission to speak for yourself.”

So Paul motioned with his hand and began his defense: 2“King Agrippa, I consider myself fortunate to stand before you today as I make my defense against all the accusations of the Jews, 3and especially so because you are well acquainted with all the Jewish customs and controversies. Therefore, I beg you to listen to me patiently.

4“The Jewish people all know the way I have lived ever since I was a child, from the beginning of my life in my own country, and also in Jerusalem. 5They have known me for a long time and can testify, if they are willing, that I conformed to the strictest sect of our religion, living as a Pharisee. 6And now it is because of my hope in what God has promised our ancestors that I am on trial today. 7This is the promise our twelve tribes are hoping to see fulfilled as they earnestly serve God day and night. King Agrippa, it is because of this hope that these Jews are accusing me. 8Why should any of you consider it incredible that God raises the dead?

9“I too was convinced that I ought to do all that was possible to oppose the name of Jesus of Nazareth. 10And that is just what I did in Jerusalem. On the authority of the chief priests I put many of the Lord’s people in prison, and when they were put to death, I cast my vote against them. 11Many a time I went from one synagogue to another to have them punished, and I tried to force them to blaspheme. I was so obsessed with persecuting them that I even hunted them down in foreign cities.

12“On one of these journeys I was going to Damascus with the authority and commission of the chief priests. 13About noon, King Agrippa, as I was on the road, I saw a light from heaven, brighter than the sun, blazing around me and my companions. 14We all fell to the ground, and I heard a voice saying to me in Aramaic,26:14 Or Hebrew‘Saul, Saul, why do you persecute me? It is hard for you to kick against the goads.’

“ ‘I am Jesus, whom you are persecuting,’the Lord replied. 16‘Now get up and stand on your feet. I have appeared to you to appoint you as a servant and as a witness of what you have seen and will see of me.17I will rescue you from your own people and from the Gentiles. I am sending you to them18to open their eyes and turn them from darkness to light, and from the power of Satan to God, so that they may receive forgiveness of sins and a place among those who are sanctified by faith in me.’

19“So then, King Agrippa, I was not disobedient to the vision from heaven. 20First to those in Damascus, then to those in Jerusalem and in all Judea, and then to the Gentiles, I preached that they should repent and turn to God and demonstrate their repentance by their deeds. 21That is why some Jews seized me in the temple courts and tried to kill me. 22But God has helped me to this very day; so I stand here and testify to small and great alike. I am saying nothing beyond what the prophets and Moses said would happen— 23that the Messiah would suffer and, as the first to rise from the dead, would bring the message of light to his own people and to the Gentiles.”

24At this point Festus interrupted Paul’s defense. “You are out of your mind, Paul!” he shouted. “Your great learning is driving you insane.”

25“I am not insane, most excellent Festus,” Paul replied. “What I am saying is true and reasonable. 26The king is familiar with these things, and I can speak freely to him. I am convinced that none of this has escaped his notice, because it was not done in a corner. 27King Agrippa, do you believe the prophets? I know you do.”

28Then Agrippa said to Paul, “Do you think that in such a short time you can persuade me to be a Christian?”

29Paul replied, “Short time or long—I pray to God that not only you but all who are listening to me today may become what I am, except for these chains.”

30The king rose, and with him the governor and Bernice and those sitting with them. 31After they left the room, they began saying to one another, “This man is not doing anything that deserves death or imprisonment.”

32Agrippa said to Festus, “This man could have been set free if he had not appealed to Caesar.”