Rick interviews Pastor Art (Artur Pawloski) about his arrest last week and about his upcoming sentencing. Being arrested for baptizing his daughter outdoors! He has been arrested another dozen times for keeping his church open and feeding the poor. All because of the planed-demic.

Rick provides numbers of who we can call in Canada to put pressure on the Canadian tyrants.

We start the show with updates about the supposed Facebook whistleblower, updates on the America Last movie and Rick gives his opinion on the “perfect storm” and potential timing of Trumps return.

Pastor Art warns America about what is coming here if we don’t stand up for our brothers and sisters in Canada and elsewhere!

After the show, backstage members get to participate in a Zoom call Q&A with Pastor Art and after prayer for him, he continues to give us more details on the state of the CA church and his personal struggles we can pray for! 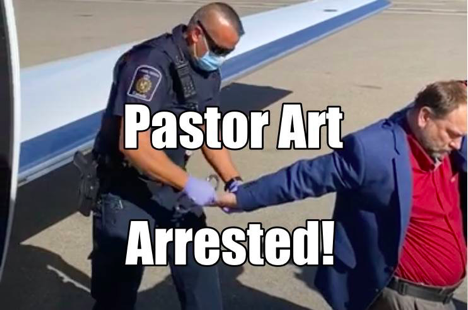 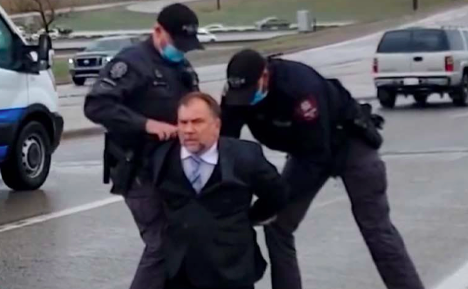 “Why do I sense fear in my people about the future of America? Have I not said that ‘l have heard your cries and will heal your land?’ Stand firm! Do not falter, put on the full armor of God! Rake the enemy over the coals, for the end time battle is on for my 1 billion souls!”

For the Spirit God gave us does not make us timid, but gives us power, love and self-discipline.