Never waste money on batteries again! The Survivor Tactical Flashlight Is Solar Powered and can be used to charge your phone! Purchase The Best Flashlight On The Market! Click Here! http://www.patriotflashlight.com

Today, the link https://t.co/lFcxpHhFSJ will be placed in the record so the American people can read the transcripts of Lisa Page's interviews before the Judiciary Committee. pic.twitter.com/3m1ECz4ymf

How President Trump is taking down the Pedophilia Industry and its Major Players. Brilliant… just Brilliant !

#NXIVM is a big case in the E. District of NY.

Spread this around becasue it is true…. 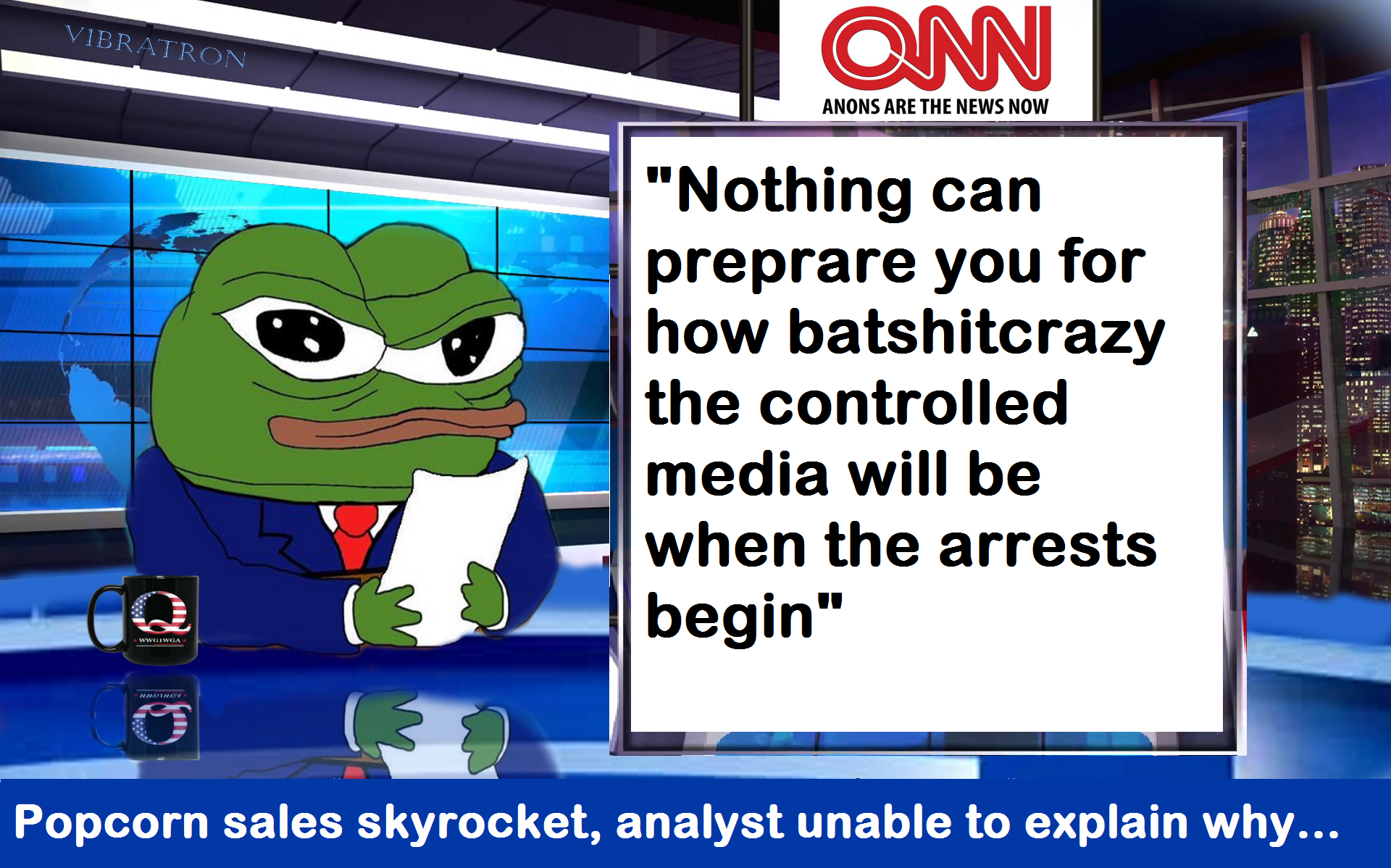 The spirit of God says, “America, America, oh how I love thee! America, America, oh how I have chosen thee! For as England was to the D-Day invasion, so shall America be for my end time harvest. For England was the Headquarters, the hub from which the D-Day assault was launched, so shall it be for my America for the end time harvest. For as England had men, women, equipment, food, money, weapons, and supplies of all kinds which poured in from all over the world, so shall all these things pour into my chosen America.

America I have chosen you as the launching platform for the world wide assault on the spiritually oppressed peoples of the earth. People will say how are we chosen? It’s as if America is frozen. Am I not the God of the universe and all of creation? I have heard the cries of my people that have sought my face, and I WILL HEAL THEIR NATION! People will ask how will I do this.

I shall do this in two parts.”

First- The Spirit of God says! “Army of God, out of the darkness! I COMMAND YOU TO ARISE AND TAKE YOUR PLACE! For I have given you extra time, mercy and grace. Go, Go, Go, do not slow down. Begin to take and hold your ground, for there is no more time to waste. America will once again be the great light. The enemy will say, “Oh the Light, the Light it shines so bright, there is nothing else left to do but take flight.” And indeed they will. The sign will be, a mass exodus in the natural as the spiritual flee.”

Second- The Spirit of God says, “The gate keeper, the gate keeper, the President of the United States is the spiritual gate keeper. I have chosen this man Donald Trump and anointed him as President for such a time as this. Can you not see this? For even in his name, Donald- meaning world leader, (spiritual connotation- faithful). Trump- meaning to get the better of, or to outrank or defeat someone or something often in a highly public way.

This man I have chosen, will be a faithful world leader, and together with my army, will defeat all of America’s enemies in the spiritual and in the natural. You will see it manifest before your eyes. I will use this man to shut gates, doors, and portals that this past president has opened. He will open gates, doors, and portals this past president has shut. My army shall not be silenced; they will begin to see he is the one I have chosen. They will begin to rally around him and keep him covered in spiritual support, and as you gain ground they will say America is not frozen.

The seeds, the seeds, why is no one asking about the seeds? What about all the seeds America has sown since her birth? America has never received her harvest. For I will use President Trump and my army to bring back to America all that she has sown. This will be used for my harvest. America will prosper like never before in her history as a nation. All of the financial seeds you have sown around the world, food, clothing, 90 percent of my gospel that has gone through out the earth, has come from my chosen America. Her blood has been spilled on foreign soil to free the oppressed so that my gospel could go forward. America your harvest is here! lt shall parallel with your spiritual harvest in the natural, so do not fear.”

The Spirit of God says, “The border, the border, is a 2000 mile gate, that’s flowing across with demonic hate. I will use my President to shut this gate and seal it shut. lt must be shut. Then I will use him and my army to root out evil structures that are still there, to the point that the government will begin to call on my army. They will prophetically locate these structures so they may be dismantled before any evil can take place.

Opec, Opec take a hike, for I am tired of your evil energy spikes. When my President takes office you will shake and quake, you will say America no longer needs us and that is true, for she will be energy independent for my red, white and blue. For a sign will be given when prices go low, for a gallon of gas will be one dollar and below.”

The Spirit of God says, “The Supreme Court shall lose three, and my President shall pick new ones directly from MY TREE!

Are you still not convinced that he’s my anointed, and that he’s the one I have appointed? Why can no one figure it out, the news media, the people, and the so called wise. Why, when he’s attacked, do his poll numbers rise? Those who attack him, their numbers go low, even to the point of a big fat zero. lt’s simple to see, this man I have appointed, for in my word, is your answer. I said ‘do not touch my anointed, especially my prophets’. lf you are still not convinced about what my word says, another sign will be given. lt will be a WARNING TO ALL, especially those who will NOT LISTEN.”

The Spirit of God says, “The sign will be El-Chappo, El-Chappo, your evil reign has come to an end. Who do you think you are attacking my anointed? Turn yourself in and repent and I will spare you.lf you do not, you and those that follow you will surely die a very public death for the entire world to see. For no one touches my anointed. I the Lord am an all seeing and all knowing God. l will be the one to disclose your location, the den, the den, that you and your vipers hide in. For time is short and the spirit of death is at your door, and the world will see your dead body and the red shirt you wore.

“Have I not commanded you? Be strong and courageous. Do not be afraid; do not be discouraged, for the LORD

your God will be with you wherever you go.”