Chris Matthews Out at MSNBC Amid Controversy

Not what I heard… https://t.co/JEJsNcOadN

This is from back when #JoeBiden was just a liar, before he was a liar with onset dementia. Regardless of his mental status, his moral status remains unchanged: he is a lying dog-faced pony soldier, corrupt to the core, a true Democrat through and through. pic.twitter.com/VRGJxSn29M 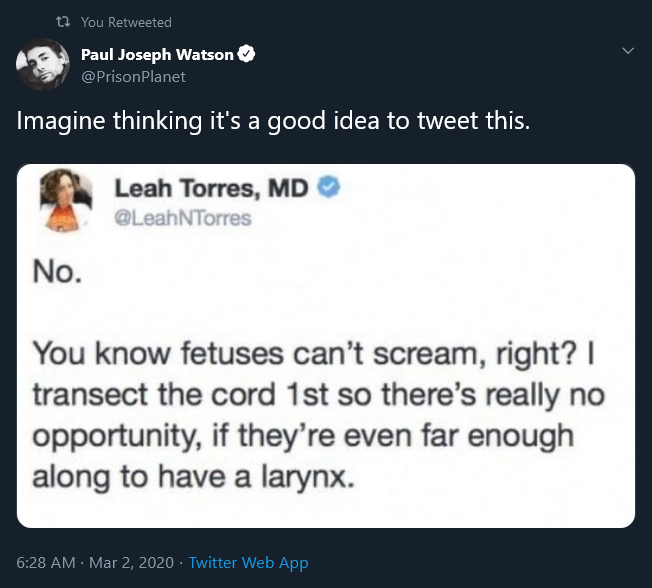 Chris Matthews abruptly announces retirement on MSNBC at the top of his show Monday night: "I’m retiring. This is the last Hardball on MSNBC." 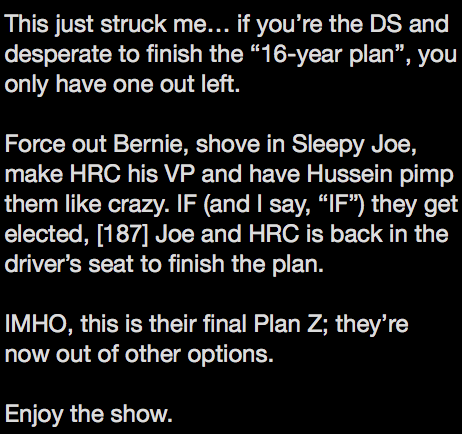 The DOJ shut it down.

1Paul came to Derbe and then to Lystra, where a disciple named Timothy lived, whose mother was Jewish and a believer but whose father was a Greek. 2The believers at Lystra and Iconium spoke well of him. 3Paul wanted to take him along on the journey, so he circumcised him because of the Jews who lived in that area, for they all knew that his father was a Greek. 4As they traveled from town to town, they delivered the decisions reached by the apostles and elders in Jerusalem for the people to obey. 5So the churches were strengthened in the faith and grew daily in numbers.

Paul’s Vision of the Man of Macedonia

6Paul and his companions traveled throughout the region of Phrygia and Galatia, having been kept by the Holy Spirit from preaching the word in the province of Asia. 7When they came to the border of Mysia, they tried to enter Bithynia, but the Spirit of Jesus would not allow them to. 8So they passed by Mysia and went down to Troas. 9During the night Paul had a vision of a man of Macedonia standing and begging him, “Come over to Macedonia and help us.” 10After Paul had seen the vision, we got ready at once to leave for Macedonia, concluding that God had called us to preach the gospel to them.

13On the Sabbath we went outside the city gate to the river, where we expected to find a place of prayer. We sat down and began to speak to the women who had gathered there. 14One of those listening was a woman from the city of Thyatira named Lydia, a dealer in purple cloth. She was a worshiper of God. The Lord opened her heart to respond to Paul’s message. 15When she and the members of her household were baptized, she invited us to her home. “If you consider me a believer in the Lord,” she said, “come and stay at my house.” And she persuaded us.

Paul and Silas in Prison

16Once when we were going to the place of prayer, we were met by a female slave who had a spirit by which she predicted the future. She earned a great deal of money for her owners by fortune-telling. 17She followed Paul and the rest of us, shouting, “These men are servants of the Most High God, who are telling you the way to be saved.” 18She kept this up for many days. Finally Paul became so annoyed that he turned around and said to the spirit, “In the name of Jesus Christ I command you to come out of her!” At that moment the spirit left her.

19When her owners realized that their hope of making money was gone, they seized Paul and Silas and dragged them into the marketplace to face the authorities. 20They brought them before the magistrates and said, “These men are Jews, and are throwing our city into an uproar 21by advocating customs unlawful for us Romans to accept or practice.”

22The crowd joined in the attack against Paul and Silas, and the magistrates ordered them to be stripped and beaten with rods. 23After they had been severely flogged, they were thrown into prison, and the jailer was commanded to guard them carefully. 24When he received these orders, he put them in the inner cell and fastened their feet in the stocks.

25About midnight Paul and Silas were praying and singing hymns to God, and the other prisoners were listening to them. 26Suddenly there was such a violent earthquake that the foundations of the prison were shaken. At once all the prison doors flew open, and everyone’s chains came loose. 27The jailer woke up, and when he saw the prison doors open, he drew his sword and was about to kill himself because he thought the prisoners had escaped. 28But Paul shouted, “Don’t harm yourself! We are all here!”

29The jailer called for lights, rushed in and fell trembling before Paul and Silas. 30He then brought them out and asked, “Sirs, what must I do to be saved?”

31They replied, “Believe in the Lord Jesus, and you will be saved—you and your household.” 32Then they spoke the word of the Lord to him and to all the others in his house. 33At that hour of the night the jailer took them and washed their wounds; then immediately he and all his household were baptized. 34The jailer brought them into his house and set a meal before them; he was filled with joy because he had come to believe in God—he and his whole household.

35When it was daylight, the magistrates sent their officers to the jailer with the order: “Release those men.” 36The jailer told Paul, “The magistrates have ordered that you and Silas be released. Now you can leave. Go in peace.”

37But Paul said to the officers: “They beat us publicly without a trial, even though we are Roman citizens, and threw us into prison. And now do they want to get rid of us quietly? No! Let them come themselves and escort us out.”

38The officers reported this to the magistrates, and when they heard that Paul and Silas were Roman citizens, they were alarmed. 39They came to appease them and escorted them from the prison, requesting them to leave the city. 40After Paul and Silas came out of the prison, they went to Lydia’s house, where they met with the brothers and sisters and encouraged them. Then they left.

Using the Hydrogen Peroxide cleanse and using it in a humidifier can make sure you have enough oxygen in your system or the room where the virus can’t spread. If backstage get free pdf here or buy the book here on Amazon. See Chapter 4 for treatment options. Get Hydrogen peroxide here Price for 8 ounces of 12% Hydrogen Peroxide

Get Humidifiers here: Price for humidifier with 2-liter tank

The MMS KV Lab is not too clear on what you need to get. So you need part A Sodium-chlorite-cd-kit-part-a and part B Hydrochloric-acid-4-percent

Gene’s comment from backstage: These 2 together are mixed 1 drop to 1 drop.  For a dose (only used if you are sick or have a disease, otherwise not necessary).  A dose for an adult of 180 pounds is 3 drops for something like a common cold.  If very sick, then 5 or 6 drops.  For those weighing less do the percentage.  Also for animals do the percentage.  For example if a dog weighed 30 pounds and it was just regular sick like Rick’s rocky is now then he would just give Rocky 1 or 2 drops.  The drops are given even 1.5 hours if just normal sick.  If violent illness, then up the drops and frequency.  Use the protocols in the book (Jim Humble: The Master Mineral Solution of the Third Millennium: link backstage for PDF)For me when I got botulism poisoning my wife gave me 5 drop doses every 5 minutes to keep me alive, in between CPR to keep me alive.  After 5 hours I was able to breath on my own and my heart worked without her help and so I took over doing the drops for another 8 hours.  After that I was done and back to normal health.   For more information on the uses of MMS and chlorine dioxide solution (CDS) see the Genesis II Church Forum at: g2cforum.org

These are sold out everywhere. Sawdust face masks do not work for small viruses. You need M95. The only one in stock on 2-28 I could find on Amazon ships in 4-6 weeks: Price for Disposable N95 Face Mask (7 count) (when ordered on 2/29 Arrives: March 20 – April 10) amazon-gp-product-disposable-n95-face-mask-with-activated-charcoal-7-pack

The only thing I could find faster is my sponsor which may be overkill since it includes a suit, eye where and globes (besides the mask): Ultimate Safe Suit (Blessed10 to save 10%) ultimatesafetysuit.com

B2T Sponsor My Patriot Supply shipping is backed up, but are encouraging to order now for first come first serve: preparewithrick

1Whoever dwells in the shelter of the Most High

will rest in the shadow of the Almighty.91:1 Hebrew Shaddai

2I will say of the Lord, “He is my refuge and my fortress,

3Surely he will save you

from the fowler’s snare

and from the deadly pestilence.

4He will cover you with his feathers,

and under his wings you will find refuge;

his faithfulness will be your shield and rampart.

5You will not fear the terror of night,

nor the arrow that flies by day,

6nor the pestilence that stalks in the darkness,

nor the plague that destroys at midday.

7A thousand may fall at your side,

ten thousand at your right hand,

but it will not come near you.

8You will only observe with your eyes

and see the punishment of the wicked.

and you make the Most High your dwelling,

10no harm will overtake you,

no disaster will come near your tent.

11For he will command his angels concerning you

to guard you in all your ways;

12they will lift you up in their hands,

so that you will not strike your foot against a stone.

13You will tread on the lion and the cobra;

you will trample the great lion and the serpent.

I will protect him, for he acknowledges my name.

15He will call on me, and I will answer him;

I will be with him in trouble,

I will deliver him and honor him.

16With long life I will satisfy him

and show him my salvation.”