Clay Clark joins the show and gives his take on all the drama with Lin, Flynn, Kyle and others.

Rick starts the show giving an update on current events and the America last movie.

Then he moves into the Venn Diagram showing We the People vs. the Cabal and how the intersecting circles of the Great Awakening and the Body of Christ is Awake Christians.

Rick shows Clay the diagram and he understands it and believes that we are greatly expanding the Awake Christians intersection!

Clay discusses his faults and his walk as a Christian and brings in many Biblical verses.  He even reflects on the real issue is the Medical Tyranny and election fraud in our country.

Clay also talks about new booked guests for Dallas and a special world-wide known guest that will be joining for the first time!

At the end of the show, we go Backstage and get more time with Clay for Q&A and prayer.  Join Backstage here:  blessed2teach.mykajabi.com-backstage 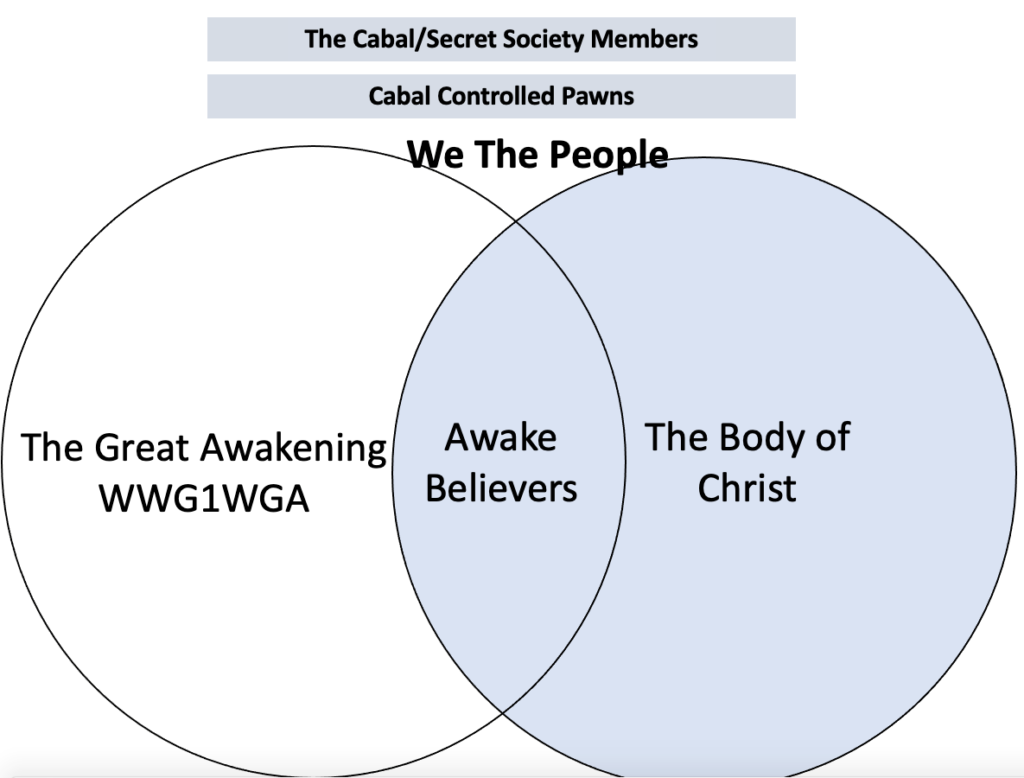 5 We demolish arguments and every pretension that sets itself up against the knowledge of God, and we take captive every thought to make it obedient to Christ.