God gave Lindsey Graham a warning to choose truth over threats and Lindsey chose to side with the Cabal.

A prophetic word from Julie says Lindsey will regret this and be sentenced and judged for his crimes against this country.

We also lean that many states are working on decertifications and they will soon start falling like dominos!

Pastor Dave Scarlett from His Glory comes on live and we get updates on his intel from military sources from the US and Israel.

He confirms the word yesterday from Julie Green that it is Go time!  The next 4-6 weeks will be intense.

Dave feels the banking system will collapse in the next 6 weeks and a blackout/time of silence could last as much as 30 days.

Rick reviews news on the DOJ pursuing Trump, the continued raising of interest rates and the Build Back Better deal moving forward designed to destroy the country.

Pastor Dave gives updates on other items as well including the ReAwaken America tour and suggestions on the best way to prepare of the blackout.

We go Backstage for Q&A and prayer with Pastor Dave and we get his thoughts on silver, preparation and what our focus should be.  Dave is so thankful for all the prayers we deliver to refresh him!  You can have access to the recordings by joining backstage here:  blessed2teach.mykajabi.com-backstage

*** For I the Lord this day am telling my children to start taking your authority back upon this earth. You have been given this authority through what Jesus has done to destroy the power of the enemy. He took the keys to hell to death and the grave, and he has given that authority to you. He has already defeated your enemies. See your enemies as that, defeated. They may appear like giants. They may appear powerful, but they are nothing. Their power has been stripped away from them. See them in this way, because I have already taken it from them. I told you before, this is fake and a facade of what really is going on. Everything they do is scripted and I will show their scripts to the world. It’s a puppet show. I told you before, they are just puppets to the new world order. Their new world order is finished. It’s not for now. Your time is now. My time is now, and they can’t change that no matter what they’re preparing to do now. Remember what I’ve told you before they always fail and I always have the final say, sayeth the Lord. ##

*** Heroin, this word will be in the news, who is being charged and got caught red handed. This will surprise many, but this is just beginning to expose this serpent’s nest, where they have hidden all their dirty secrets in their underground world that they won’t be able to keep a secret any longer. ##

*** A sex trafficking ring is about to be in your news. Just one of many that we exposed and destroyed. Yes, my children, I am saving the little children from the hands of their predators. Be prepared to hear things you never thought you would hear. Sodom and Gamora, but even worse than that, but yet it’s all over and it’s not just in one place. I’m running down judgments on the people who have committed these crimes , who have refused to repent and none will be left standing, sayeth the Lord of Hosts. ##

Firefly, this name will be in the news for a reason you wouldn’t have thought of. Movements are being made, big ones. So be prepared for what is about to take place. A shift has already started and it’s intensifying by the day. All you see now is almost over.

Chameleon. This word will be in the news.

Sergeant at arms. This phrase will be in the news.

*** Decertifications this word will be in your news alot. The dominoes have started to fall and states are starting to take action, and people that had been in power will no longer stay in power sayeth the Lord ##

Agony, this word will be in your news for something unusual, it may appear like.

Catastrophic. This world will be in your news. Many things may appear like it’s going in the wrong direction, but things are not always, as they seem to be.

*** Moses. This name will be in the news. Watch Egypt in this time, something significant will take place there that will get the world’s attention. Remember things that happened in the first Exodus are happening again all over the world. There will be another Passover type of event in this greater Exodus as well. All the judgments coming will pass over my children. The angel of death will pass over my children. I am bypassing your enemies and everything they have planned for you in this day and knocking them down to the ground. You will hear them scream in shock and fear of what has happened to them that was supposed to happen to you. I’ve told you before a great harvest, they are receiving of destruction they have sown. Your enemies are finished sayeth the Lord. Their power is finished. Their time of ruling is over. Their financial prosperity and hoarding it and controlling the world with it is over. This is the time of a great shaking to shake you loose of their control and shake and destroy the shackles they put on you. You are no longer their slaves and subject to their rule sayeth the Lord of hosts. ##

*** Carbon footprint. This phrase will be in the news. Don’t listen to yet another lie from the serpents who have planned use something you wouldn’t have thought of against you, but it won’t work. Every lie, every deal they have made with each other will be crushed and disintegrated to a point like it never existed. I am wiping out all their plans. ##

*** General Millie will announce a sudden retirement, not one by his own choice. Watch as more generals walk away saying they’re retiring, it may look like, but it’s not by their own choice. My hand is moving in, cleansing your military from weasels and rats, thieves and liars that were paid to make decisions against you, oh United States. They turned their backs on you for power and money they were paid from by this fraudulent government and China. Oh, United States, China infiltrated your Pentagon, and I am removing all those infiltratorsand traders of this nation. Watch as generals start to fall and they will lose all their metals and honors they had previously received, whether it was honestly earned or earned because they paid to do certain jobs they never should have done. A shake-up has already begun in the military and you will start to see it now in the news, sayeth the Lord of Hosts.

*** Lindsey Graham, I have warned you. And I gave you time to turn back and you are now stuck with a decision you have made and you will regret it. You never should have turned your back on me, and everyone like you will be sentenced and judged for your crimes against this nation. Your time and power has come to an end, sayeth the Lord. ##

*** Disgrace. This word is about to be heard a lot in your news from TV and entertainment, people in your government, businesses, corporations, banks, and even churches in certain denominations. It’s come to a head. It is finished sayeth the Lord. ##

Clash of the Titans. This phrase will be in the news.

A badjer will be in the news.

*** My children it’s coming to a close, it’s coming to an explosive place, so get with me and receive more of my glory. My glory shall protect and shield lead and guide heal and restore. Good days are ahead for my children. A great life. You shall experience to a level, never thought possible. It’s all coming faster than you think. So.Shout and start to celebrate your victories, sayeth the Lord your Redeemer.

And they rose early in the morning and went out into the wilderness of Tekoa. And when they went out, Jehoshaphat stood and said, “Hear me, Judah and inhabitants of Jerusalem! Believe in the Lord your God, and you will be established; believe his prophets, and you will succeed.” 21 And when he had taken counsel with the people, he appointed those who were to sing to the Lord and praise him in holy attire, as they went before the army, and say,

“Give thanks to the Lord,
for his steadfast love endures forever.”

22 And when they began to sing and praise, the Lord set an ambush against the men of Ammon, Moab, and Mount Seir, who had come against Judah, so that they were routed. 23 For the men of Ammon and Moab rose against the inhabitants of Mount Seir, devoting them to destruction, and when they had made an end of the inhabitants of Seir, they all helped to destroy one another.

24 When Judah came to the watchtower of the wilderness, they looked toward the horde, and behold, there[e] were dead bodies lying on the ground; none had escaped. 25 When Jehoshaphat and his people came to take their spoil, they found among them, in great numbers, goods, clothing, and precious things, which they took for themselves until they could carry no more. They were three days in taking the spoil, it was so much. 26 On the fourth day they assembled in the Valley of Beracah,[f] for there they blessed the Lord. Therefore the name of that place has been called the Valley of Beracah to this day.

The Whole Armor of God

10 Finally, be strong in the Lord and in the strength of his might.11 Put on the whole armor of God, that you may be able to stand against the schemes of the devil. 12 For we do not wrestle against flesh and blood, but against the rulers, against the authorities, against the cosmic powers over this present darkness, against the spiritual forces of evil in the heavenly places. 13 Therefore take up the whole armor of God, that you may be able to withstand in the evil day, and having done all, to stand firm. 14 Stand therefore, having fastened on the belt of truth, and having put on the breastplate of righteousness,15 and, as shoes for your feet, having put on the readiness given by the gospel of peace. 16 In all circumstances take up the shield of faith, with which you can extinguish all the flaming darts of the evil one; 17 and take the helmet of salvation, and the sword of the Spirit, which is the word of God, 18 praying at all times in the Spirit, with all prayer and supplication. To that end, keep alert with all perseverance, making supplication for all the saints, 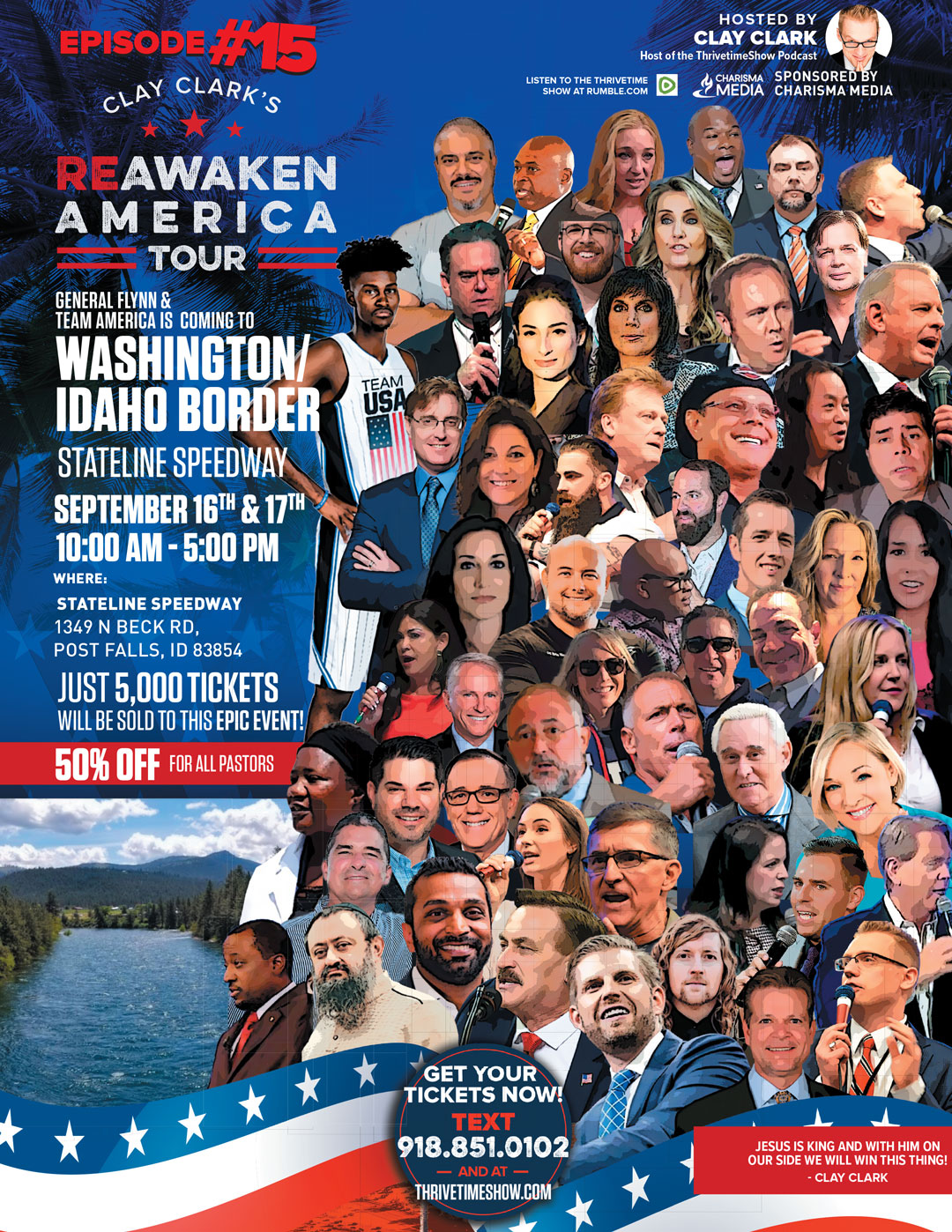