Don’t miss a new Word from the Lord discussing the illusion of the Biden admistration being exposed!

We dig into key events showing the America Last movie continuing with the mirage of Joe being a duly elected president. The border crisis is one of many disasters that the Cabal had planned for America.

We learn from the Word from the Lord, that the storm will be here very soon. We are warned to stay strong during the storm!

We study all 4 Gospels and how they build on each other to give us a full picture of what happened during Palm Sunday!

Joe Biden’s transition team was warned that if they ended the Remain in Mexico policy, there would be a massive influx of illegal aliens.

Sen. Ted Cruz says this video shows a senior Biden advisor trying to block him from showing us the inhumane conditions that migrants are being kept in thanks to Biden's disastrous policies at the border.

So much for Dem's contrived concern over kids in cages, right? pic.twitter.com/Ef8w19hut1

What the current administration doesn’t want you, the American People — seeing…. https://t.co/fPxIcepqTh

Sen. Ted Cruz says this video shows a senior Biden advisor trying to block him from showing us the inhumane conditions that migrants are being kept in thanks to Biden's disastrous policies at the border.

So much for Dem's contrived concern over kids in cages, right? pic.twitter.com/Ef8w19hut1

“A lot of people want me to,” including #BorderPatrol personnel, Trump said.

Former President Trump is leaning towards taking a trip to the US #Border soon, as federal officials struggle to deal with a #BorderCrisis. https://t.co/HrUIOragZW


The problem in America is not Guns…

It’s hearts without God! Homes without discipline… Schools without prayers…and courtrooms without Justice…

We are promoting Satan shoes to wear on our feet.

We’ve got Cardi B named as woman of the year.

How stupid can we be? 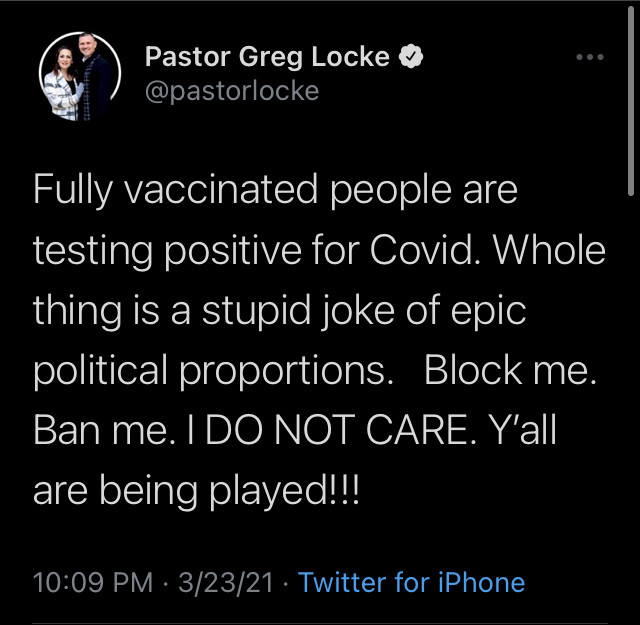 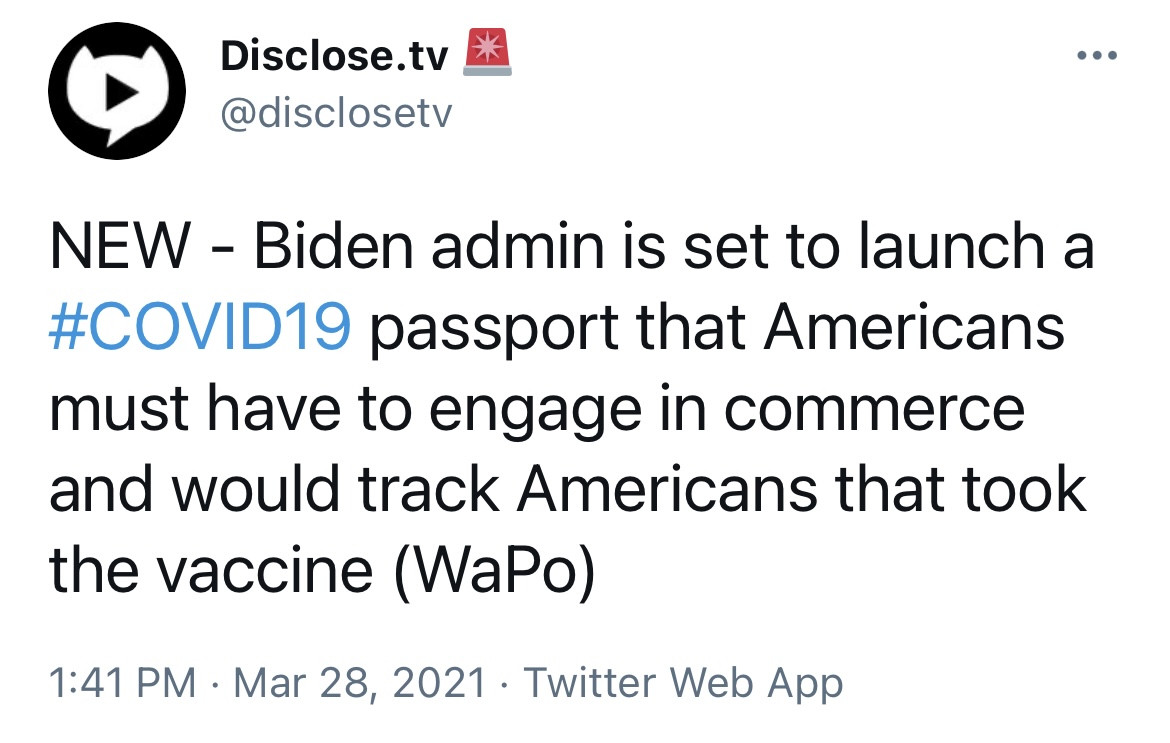 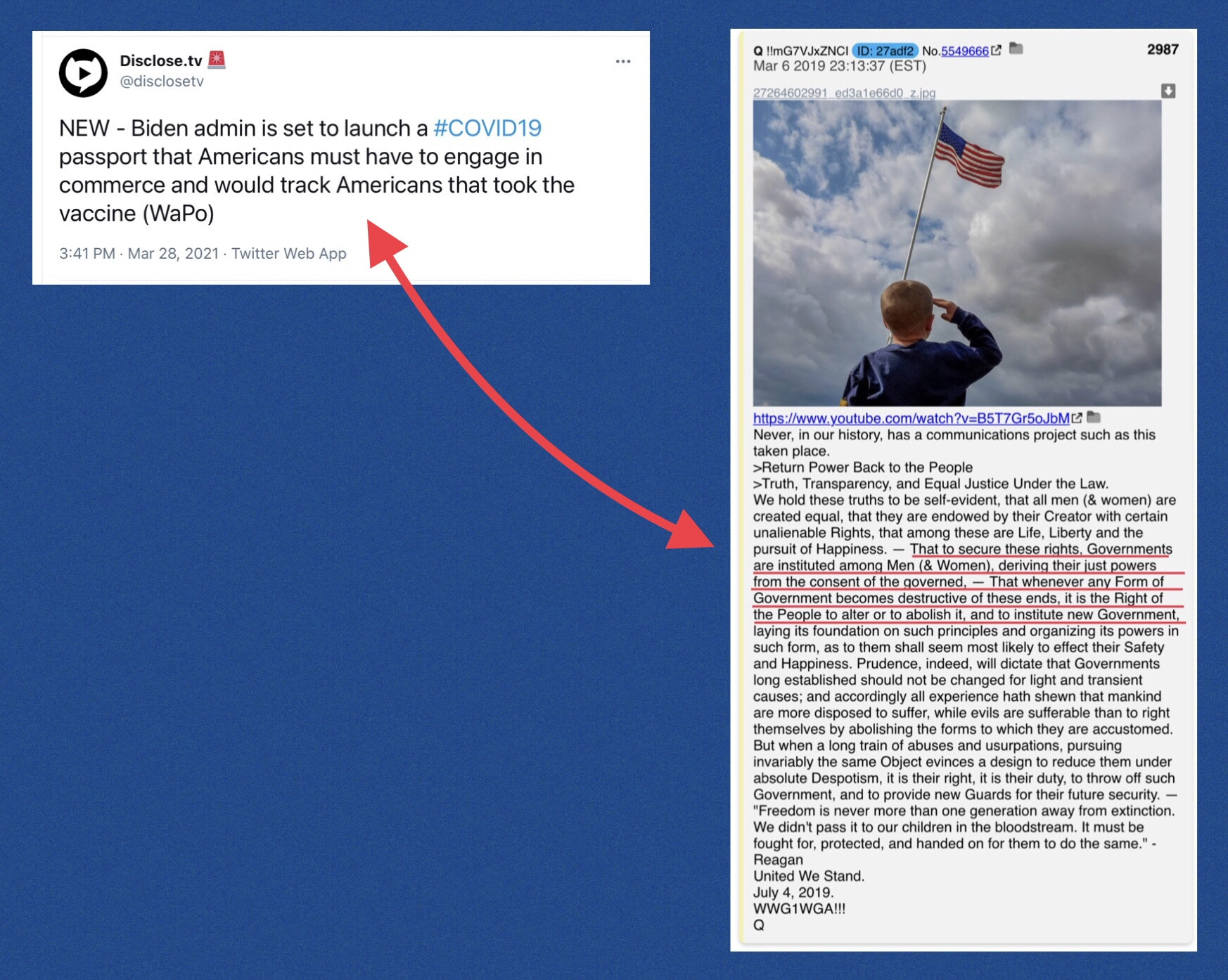 Mark 11:1-11
Jesus Comes to Jerusalem as King
1As they approached Jerusalem and came to Bethphage and Bethany at the Mount of Olives, Jesus sent two of his disciples, 2saying to them, “Go to the village ahead of you, and just as you enter it, you will find a colt tied there, which no one has ever ridden. Untie it and bring it here.3If anyone asks you, ‘Why are you doing this?’ say, ‘The Lord needs it and will send it back here shortly.’ ”
4They went and found a colt outside in the street, tied at a doorway. As they untied it, 5some people standing there asked, “What are you doing, untying that colt?” 6They answered as Jesus had told them to, and the people let them go. 7When they brought the colt to Jesus and threw their cloaks over it, he sat on it. 8Many people spread their cloaks on the road, while others spread branches they had cut in the fields. 9Those who went ahead and those who followed shouted,
“Hosanna!11:9 A Hebrew expression meaning “Save!” which became an exclamation of praise; also in verse 10”
“Blessed is he who comes in the name of the Lord!”11:9 Psalm 118:25,26
10“Blessed is the coming kingdom of our father David!”
“Hosanna in the highest heaven!”
11Jesus entered Jerusalem and went into the temple courts. He looked around at everything, but since it was already late, he went out to Bethany with the Twelve.

John 12:12-19
Jesus Comes to Jerusalem as King
12 The next day the great crowd that had come for the festival heard that Jesus was on his way to Jerusalem.
13 They took palm branches and went out to meet him, shouting, “Hosanna! ” “Blessed is he who comes in the name of the Lord!”“Blessed is the king of Israel!”
14 Jesus found a young donkey and sat on it, as it is written:
15“Do not be afraid, Daughter Zion; see, your king is coming, seated on a donkey’s colt.”
16 At first his disciples did not understand all this. Only after Jesus was glorified did they realize that these things had been written about him and that these things had been done to him.
17Now the crowd that was with him when he called Lazarus from the tomb and raised him from the dead continued to spread the word.
18Many people, because they had heard that he had performed this sign, went out to meet him.
19 So the Pharisees said to one another, “See, this is getting us nowhere. Look how the whole world has gone after him!”

Jesus Comes to Jerusalem as King
21 As they approached Jerusalem and came to Bethphage on the Mount of Olives, Jesus sent two disciples, 2 saying to them, “Go to the village ahead of you, and at once you will find a donkey tied there, with her colt by her. Untie them and bring them to me. 3 If anyone says anything to you, say that the Lord needs them, and he will send them right away.”
4 This took place to fulfill what was spoken through the prophet:
5 “Say to Daughter Zion,
‘See, your king comes to you,
gentle and riding on a donkey,
and on a colt, the foal of a donkey.’”[a]
6 The disciples went and did as Jesus had instructed them.7 They brought the donkey and the colt and placed their cloaks on them for Jesus to sit on. 8 A very large crowd spread their cloaks on the road, while others cut branches from the trees and spread them on the road. 9 The crowds that went ahead of him and those that followed shouted,
“Hosanna[b] to the Son of David!”
“Blessed is he who comes in the name of the Lord!”[c]
“Hosanna[d] in the highest heaven!”
10 When Jesus entered Jerusalem, the whole city was stirred and asked, “Who is this?”
11 The crowds answered, “This is Jesus, the prophet from Nazareth in Galilee.”
Luke 19:28-44

Jesus Comes to Jerusalem as King
28 After Jesus had said this, he went on ahead, going up to Jerusalem. 29 As he approached Bethphage and Bethanyat the hill called the Mount of Olives, he sent two of his disciples, saying to them, 30 “Go to the village ahead of you, and as you enter it, you will find a colt tied there, which no one has ever ridden. Untie it and bring it here.31 If anyone asks you, ‘Why are you untying it?’ say, ‘The Lord needs it.’”
32 Those who were sent ahead went and found it just as he had told them. 33 As they were untying the colt, its owners asked them, “Why are you untying the colt?”
34 They replied, “The Lord needs it.”
35 They brought it to Jesus, threw their cloaks on the colt and put Jesus on it. 36 As he went along, people spread their cloaks on the road.
37 When he came near the place where the road goes down the Mount of Olives, the whole crowd of disciples began joyfully to praise God in loud voices for all the miracles they had seen:
38 “Blessed is the king who comes in the name of the Lord!”[a]
“Peace in heaven and glory in the highest!”
39 Some of the Pharisees in the crowd said to Jesus, “Teacher, rebuke your disciples!”
40 “I tell you,” he replied, “if they keep quiet, the stones will cry out.”
41 As he approached Jerusalem and saw the city, he wept over it 42 and said, “If you, even you, had only known on this day what would bring you peace—but now it is hidden from your eyes. 43 The days will come upon you when your enemies will build an embankment against you and encircle you and hem you in on every side. 44 They will dash you to the ground, you and the children within your walls. They will not leave one stone on another, because you did not recognize the time of God’s coming to you.