Our President is absolutely nailing these #coronavirus press conferences.

At long last, Americans are able to see him without the filter of left-wing journalist smear. @realDonaldTrump looks like a true Commander In Chief.

It’s no surprise his approval ratings keep going up.

Simply incredible watching this press conference… @realDonaldTrump is truly going above and beyond. It must be going on two hours and its inspiring to watch. 🇺🇸🇺🇸🇺🇸

.@Scavino45 Tweets at 12:43
"Challenging time are ahead for the 30 Days." @realDonaldTrump (Walking out between 2 Evergreens)
HRC's SS Code name

How Donald Trump Has Turned the Pandemic to His Advantage

Mark Cuban says President Donald Trump should get ‘all the credit in the world’ for handling COVID-19 pandemic https://t.co/80v84CyioM

LOL … who's ready to cry for 4.75 more years? pic.twitter.com/aqlzdEgocR

With interest rates for the United States being at ZERO, this is the time to do our decades long awaited Infrastructure Bill. It should be VERY BIG & BOLD, Two Trillion Dollars, and be focused solely on jobs and rebuilding the once great infrastructure of our Country! Phase 4

WATCH: Despite looking down at his notes during his TV interview, Joe Biden was still unable to make any sense. pic.twitter.com/224pc00k4U

In freaking out over Mike Lindell “breaking the law” and “violating the separation of church and state” by speaking of his religious faith at an official White House function, DNC Media Complex “journalists” show you what they really think of the First Amendment.

"I want every American to be prepared for the hard days that lie ahead. We're going to go through a very tough two weeks…this is going to be a very painful, very very painful two weeks."pic.twitter.com/8F77iFioIo 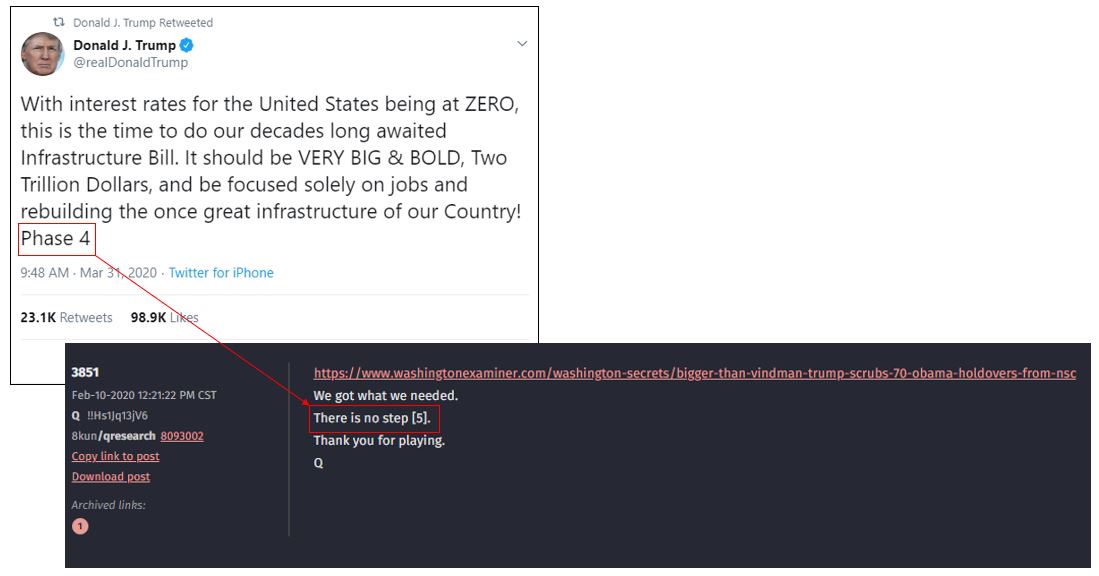 “I Used to Think, Are They Really that Evil? Well, Yes they Are” – Mike Lindell PEGS Wicked Liberal Media After they Attacked Him for His Faith (VIDEO)

Through Macedonia and Greece

1When the uproar had ended, Paul sent for the disciples and, after encouraging them, said goodbye and set out for Macedonia. 2He traveled through that area, speaking many words of encouragement to the people, and finally arrived in Greece, 3where he stayed three months. Because some Jews had plotted against him just as he was about to sail for Syria, he decided to go back through Macedonia. 4He was accompanied by Sopater son of Pyrrhus from Berea, Aristarchus and Secundus from Thessalonica, Gaius from Derbe, Timothy also, and Tychicus and Trophimus from the province of Asia. 5These men went on ahead and waited for us at Troas. 6But we sailed from Philippi after the Festival of Unleavened Bread, and five days later joined the others at Troas, where we stayed seven days.

Eutychus Raised From the Dead at Troas

7On the first day of the week we came together to break bread. Paul spoke to the people and, because he intended to leave the next day, kept on talking until midnight. 8There were many lamps in the upstairs room where we were meeting. 9Seated in a window was a young man named Eutychus, who was sinking into a deep sleep as Paul talked on and on. When he was sound asleep, he fell to the ground from the third story and was picked up dead. 10Paul went down, threw himself on the young man and put his arms around him. “Don’t be alarmed,” he said. “He’s alive!” 11Then he went upstairs again and broke bread and ate. After talking until daylight, he left. 12The people took the young man home alive and were greatly comforted.

Paul’s Farewell to the Ephesian Elders

13We went on ahead to the ship and sailed for Assos, where we were going to take Paul aboard. He had made this arrangement because he was going there on foot. 14When he met us at Assos, we took him aboard and went on to Mitylene. 15The next day we set sail from there and arrived off Chios. The day after that we crossed over to Samos, and on the following day arrived at Miletus. 16Paul had decided to sail past Ephesus to avoid spending time in the province of Asia, for he was in a hurry to reach Jerusalem, if possible, by the day of Pentecost.

17From Miletus, Paul sent to Ephesus for the elders of the church. 18When they arrived, he said to them: “You know how I lived the whole time I was with you, from the first day I came into the province of Asia. 19I served the Lord with great humility and with tears and in the midst of severe testing by the plots of my Jewish opponents. 20You know that I have not hesitated to preach anything that would be helpful to you but have taught you publicly and from house to house. 21I have declared to both Jews and Greeks that they must turn to God in repentance and have faith in our Lord Jesus.

22“And now, compelled by the Spirit, I am going to Jerusalem, not knowing what will happen to me there. 23I only know that in every city the Holy Spirit warns me that prison and hardships are facing me. 24However, I consider my life worth nothing to me; my only aim is to finish the race and complete the task the Lord Jesus has given me—the task of testifying to the good news of God’s grace.

25“Now I know that none of you among whom I have gone about preaching the kingdom will ever see me again. 26Therefore, I declare to you today that I am innocent of the blood of any of you. 27For I have not hesitated to proclaim to you the whole will of God. 28Keep watch over yourselves and all the flock of which the Holy Spirit has made you overseers. Be shepherds of the church of God,20:28 Many manuscripts of the Lord which he bought with his own blood.20:28 Or with the blood of his own Son.  29I know that after I leave, savage wolves will come in among you and will not spare the flock. 30Even from your own number men will arise and distort the truth in order to draw away disciples after them. 31So be on your guard! Remember that for three years I never stopped warning each of you night and day with tears.

32“Now I commit you to God and to the word of his grace, which can build you up and give you an inheritance among all those who are sanctified. 33I have not coveted anyone’s silver or gold or clothing. 34You yourselves know that these hands of mine have supplied my own needs and the needs of my companions. 35In everything I did, I showed you that by this kind of hard work we must help the weak, remembering the words the Lord Jesus himself said: ‘It is more blessed to give than to receive.’”

36When Paul had finished speaking, he knelt down with all of them and prayed. 37They all wept as they embraced him and kissed him. 38What grieved them most was his statement that they would never see his face again. Then they accompanied him to the ship.