Black Friday has come early with the Q coin. Use the code “30” to get this special offer.

Get yours by hitting the link below or going to greatawakeningcoin.com

Here is the best smooth addition I can make with the 19 attempts up to now on our duly elected POTUS.  Since my count was 18 including the Black SUV but you knew it as a White Sedan and turns out we were both right!!!  So it is 19.

God Bless and protect President Donald J. Trump!  The savior of the United States Republic, humanity, and the world!!!! 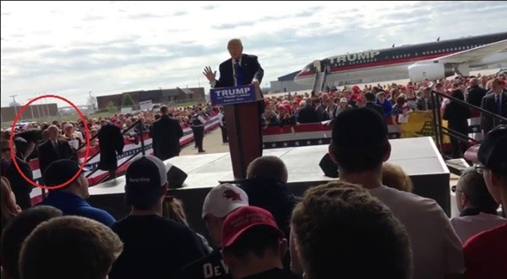 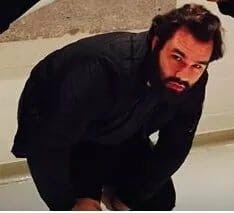 #2.  On June 18, 2016, Michael Steven Sandford was arrested at a Donald Trump presidential campaign rally in Las Vegas, Nevada, in the United States after he attempted to seize the pistol of a Las Vegas Metropolitan Police officer providing security for the event.[2] At the time, Trump was the presumptive nominee of the Republican Party for the 2016 United States presidential election.[6]

From Wikipedia if you can believe that!

Donald Trump Assassination Attempt? Trump Rushed Off Stage. In Reno As Alleged ‘Man With Gun’ Tries To Rush Him]

Austin Crites rushes stage, someone in crowd says he has a gun, but later news reports say no weapon found (Republicans against Trump)

Donald Trump been escorted out by his security people after aggressive protestor was allegedly waiving a firearm…
Earlier tonight in Reno, Nevada, Donald Trump was rushed off the stage by secret service. You can view video of the incident above.

A Secret Service Agent Protecting Donald Trump Has Died. This Is How Man…

Since 1902, 37 Secret Service agents have died in the line of duty.
#5.  31 August 2017 White Sudan jumps out of woods toward the Presidential beast vehicle in motorcade, in Missouri.

A car crashed right next to the president’s motorcade

#6. 1 Oct. 2017 Trump meeting at airport with Mohammed bin Salman to oust Alwaleed.   “The homeland will not exist unless corruption is uprooted and the corrupt are held accountable,” Saudi King Salman decreed on Saturday before appointing his favorite son to head up an anti-corruption task force, which then ordered the arrests. Crown Prince Mohammed bin Salman’

Was POTUS in Vegas that night? qmap.pub

In November 2017, Trump was in the city for the Association of South East Asian Nations’ ASEAN 50 Summit, where he met with Philippine President Rodrigo Duterte, when the botched assassination effort took place.  (This was 2 attempts see the link below!)

One threatening tweet read, “Gonna be in Manila the same time as Trump…I’ll take one for the team lads.”
2 attempts in Philippines in Nov., 2017

A pair of Secret Service agents assigned to protect President Trump open up about the anxieties of their jobs an…
#9.  Hawaii, 13 January 2018 6:34pm

The alert appeared on cellphones warning people to “seek immediate shelter,” and said, “This is not a drill.” Th…
The Reason Why POTUS Stopped in Hawaii

#10.  13 June 2018 6:37:55pm over Washington state near Whitby Island, while AF1 was returning from NK where Trump met with Kim Jung Un.  This was launched by the C_A Submarine asset, The USSS Rathbone. 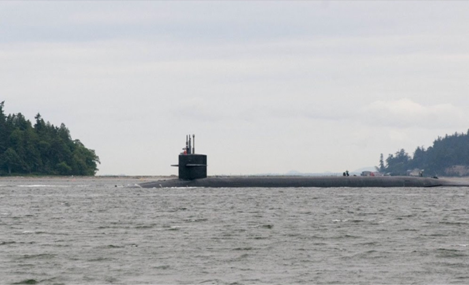 This Submarine (USS La Jolla, special forces Submarine) was recommissioned as the USSS Rathebone was a C_A asset Submarine. 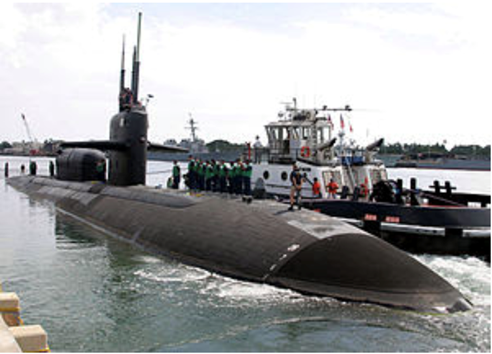 Henry Reed Rathbone was a United States military officer and diplomat who was present at the assassination of President Abraham Lincoln 2 July 2019. 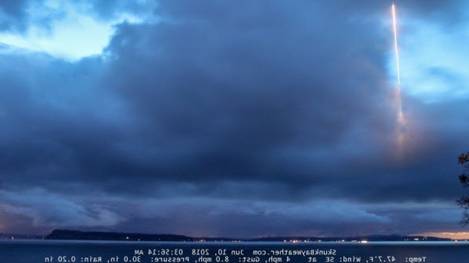 Missile That Was Fired At AirForce one — Steemit

#KnowYourMil Act of WAR CONFIRMED Trump Assassination attempt Fail of President Trump Q Post 1474 FOX M1 STOLEN …
After the Hawaii incident and this attack on AF1 the hunt was on for this submarine.

On February 11, the anonymous whistleblower “QAnon” posted information that corroborates claims that a false fla…
The Russians finally caught up with in on 2 July 2019.  This Russian Submarine destroyed the USSS Rathbone;

Fourteen sailors dead after fire breaks out on Russian submarine

Pence & Putin were called back from travel due to the emergent situation:

#12.  October 2018: Navy Veteran William Clyde Allen III sent a letter containing castor beans to Trump, but it was seized by the Secret Service before reaching the White House.

This is the gun battle in the White House episode.  This article is excellent as it has a statement from Trump on the gun battle.

Trump Reveals Massive Response To Assassination Attempt, While At Same Time Declaring Wars Of “Sand & Death” Are Over For America

hits the base will Presidential motorcade is moving.

Police and secret service escorts are seen going by before squealing tires are heard and the SUV is seen crashin…
#17.  27 March 2019

A man claiming to be “late for dinner with President Trump” was pulled over by West Virginia state police, who found a handgun, gunpowder, and 300 rounds of ammunition in the vehicle. Eric Leonard Charron, 42, had been driving 130 mph on Interstate 68, apparently on his way to the White House from his home in Kansas City, MO when he was stopped by law enforcement. He told police he had “special hearing,” which was how he had received the dinner invite from Trump, and that it “would tell him to do bad things once he got to the White House.”
Records: Man arrested on I-68 was driving 130 mph, says he was late for …

PRESTON COUNTY, W. Va. (WCHS/WVAH) – West Virginia State Police said a man arrested on Interstate 68 Wednesday w…
Officers followed Charron for about a mile before he finally stopped at the West Virginia-Maryland border at about 10:30 a.m. on March 27. The discovery of weapons and strange utterances from Charron prompted officials to close down the interstate for three and a half hours. It also brought in numerous local, state, and federal law enforcement officers as well as the Secret Service and FBI.

Trooper First Class D.W. Satterfield questioned the driver, who said he was late for a dinner with the president and that he then had to go to the Pentagon to return a phone to the leader of the U.S. Army. Charron admitted to having a 9mm handgun in the trunk of his Mazda 6, and when asked if he had any explosives, he said “not a whole lot.

Possible Trump Assassination Foiled – How Often Does This Occur?

This action was initiated by the sudden onset of symptoms experience by the President’s food tester, who was reported stricken with sever symptoms that urgent medical tests were conducted on that person while the President was diverted to Walter Reed for a priority medical examination involving a battery of chemical tests. %The President’s motorcade drove to the medical center unannounced, with reporters under direction not to report his movement until they arrived Saturday at Wallter Reed…) reports Fox 59.”A separate source familiar with the situation described Trump’s visit as ‘abnormal.’ but added that Trump, 73, appeared too be in good health late Friday.
EXCLUSIVE – President Trump makes unscheduled stop at military hospital …

(Exclusive Natural News report via Alex Jones at InfoWars.com) – The President’s unscheduled stop at the Walter …
And other related situations:

A threat by Rosie O’Donnell,Oct 23, 2018Rosie O’Donnell Makes a Dangerous Threat Against Trump, and the Secret Service Might Now Get Involved. Isn’t it about time to lock up the likes of Rosie O’Donnell, who has made repeated subversive threats against a sitting president?
Fox News Host Talks Trump Assassination 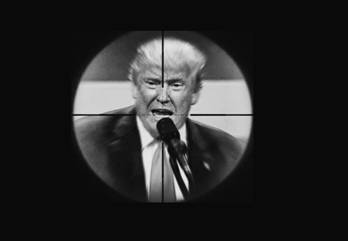 Also a simulated incident!  “A political fundraiser for Senator Sandoval simulates an assassination attempt against a mock Donald Trump decked out in Mexican garb. Looks like a man pointed a fake assault weapon at the fake President to pose for a picture,” WCIA3 reporter, Mark Maxwell said in a Twitter post.

Also this on regarding Declass

Let us contInue in prayer for the safety of our BELOVED

Whoever goes to the Lord for safety, whoever remains under the protection of the Almighty, can say to him, “You are my defender and protector.    You are my God; in you I trust.” He will keep you safe from all hidden dangers and from all deadly diseases.  He will cover you with his wings, you will be safe in his care; his faithfulness will protect and defend you.

You need not fear any dangers at night or sudden attacks during the day or the plagues that strike in the dark or the evils that kill in daylight.  A thousand may fall dead beside you, ten thousand all around you, but you will not be harmed.  You will look and see how the wicked are punished.  You have made the Lord your defender, the Most High your protector, and so no disaster will strike you, no violence will come near your home.  God will put his angels in charge of you to protect you wherever you go.

They will hold you up with their hands to keep you from hurting your feet on the stones.  You will trample down lions and snakes, fierce lions and poisonous snakes.  God says, “I will save those who love me and will protect those who acknowledge me as Lord.  When they call to me, I will answer them; when they are in trouble, I will be with them.  I will rescue them and honor them.

I will reward them with long life; I will save them.”

We ask this protection for Our Beloved President, Donald J. Trump.

In The Name of the One True Living God,

All Being, Lifeforms, Entities, Beingnessess, Thoughtforms, Awarenesses, Technologies, Assemblages & All Else that Exists;

That do not have the highest interest of All Life Everywhere & My Highest Interests,

I Demand you to Leave My Mind, Spirit, Body, Mind & Soul,

On All Levels, Densities, Dimensions & Locations.

All Permission for any;

Are now & forever removed & revoked and demanded to be ended, expelled & Removed Now & Forever. All protections are asked for,

In the Name of The One True Living God of ALL Love, Light, Compassion & Creation;